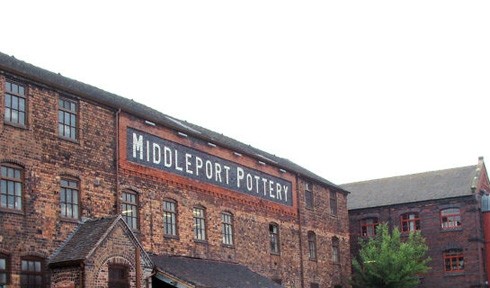 Middleport Pottery, in Burslem, was acquired by the Prince’s Regeneration Trust in June when it was at serious risk of closure. The project will benefit from £1.7 million of investment from the Government’s Regional Growth Fund.
This funding will help refurbish the site into a centre maintaining traditional manufacturing skills, a space for artists and a visitor centre. The project is expected to help drive wider regeneration of the Burslem area.
The funding was announced as the president of the Prince’s Trust, His Royal Highness The Prince of Wales, visited Middleport Pottery.
Business Secretary Vince Cable said: “I’m pleased we’re able to support the Prince’s Regeneration Trust project through the Regional Growth Fund. This will provide a great boost to the economy in Stoke-on-Trent and create more employment in the area.
“The Government recognises that in order to stimulate the economy and encourage a private sector led recovery, it needs to provide support to business so they can find new and creative ways of modernising and expanding their operations and the technologies they use. The Regional Growth Fund will go some way to help firms achieve this. We are making progress each day in signing contracts for bids from round one of the fund, and more announcements are expected later this week.”
Ros Kerslake, Chief Executive of The Prince’s Regeneration Trust, said: “It’s an absolute privilege that our President has chosen to visit Middleport. Without his belief and support for the project we wouldn’t be here today embarking on a new and exciting future for Middleport, for The Potteries, and for Stoke-on-Trent.”
The £1.4 billion Regional Growth Fund uses public money to fund projects which will create long term jobs, sustainable growth and boost the local economy. The first round of the fund has provisionally awarded £450 million to 50 projects across the country, leading to the creation of 27,000 jobs and more than 100,000 additional supply chain jobs.
Successful projects go through a process of due diligence, which is led by the individual organisations, to make sure the projects deliver value for money for the taxpayer. Once this process is complete, contracts can be signed and the organisations can begin to access funding.
Applications for money for the second round of the fund closed on 1 July. Bids are currently being considered by ministers. An announcement on the successful bids in the second round is expected shortly.