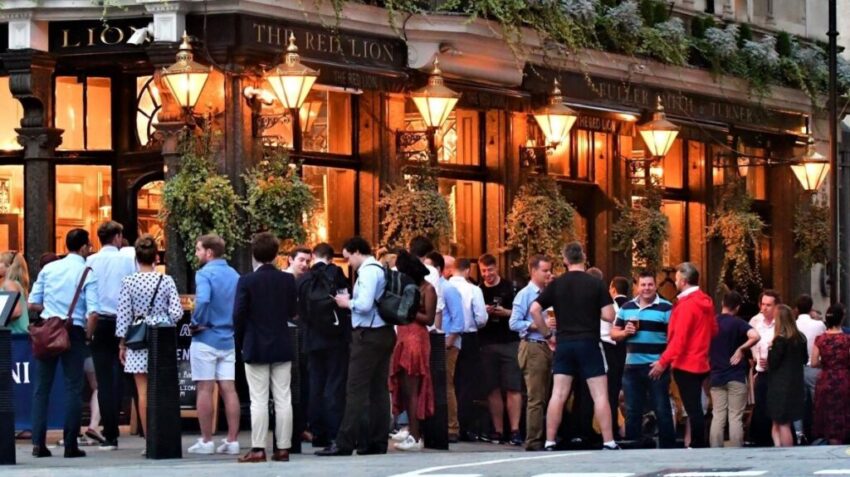 Pubs and restaurants around the country face early closing times to slow coronavirus infections, with London’s public health chief warning of a “local curfew” in the capital.

The prime minister is looking for targeted ways to control the epidemic, which is spreading fastest among the young and risks running out of control. Hospitality businesses in hotspots are expected to be ordered to shut by 10pm.

A further 3,991 cases were confirmed yesterday, 50 per cent higher than a week ago, and Boris Johnson warned that a rise in deaths would follow. He said a second total lockdown would be “completely wrong” and disastrous for the economy. Addressing senior backbenchers on the Commons liaison committee, he admitted that Britain did not have enough testing capacity and acknowledged the “frustration” of people struggling to get checked.

There are rising delays in overstretched labs reporting results. Hospitals say that potentially infectious people are turning up at A&E in desperation to be tested and schools say they will struggle to stay open with so many pupils unable to get tests.

Ministers are determined to prevent a return to rapid exponential growth in infections that could again kill thousands and threaten to overwhelm the NHS. Last night it was reported that office workers faced a possible order to work from home if the “rule of six” policy failed to reduce case numbers within two weeks.

Senior government sources told The Daily Telegraph that employers could have their hand forced in the event of rising infections and the demand for tests continuing to outstrip supply. More people are returning to office working and there are fears for restaurants, pubs and cafés if this is reversed.

Pubs have been ordered to shut at 10pm in Bolton and wider restrictions on hospitality in other areas are seen as a way of tackling a rise driven by socialising. Infection rates there yesterday topped 200 per 100,000, ten times the threshold for international quarantine.

Rhondda Cynon Taf became the second Welsh county to go into lockdown, with people told not to leave or enter the area and pubs ordered to shut at 11pm. Oxford was placed on “amber alert” amid concern over the return of students. Similar restrictions are planned for other areas, including Bradford, and last night Robert Jenrick, the communities secretary, said that further curbs would be imposed in the northeast. He told ITV’s Peston: “A full announcement will be made tomorrow and so people living in that part of the country should watch out for that. The measures will come into play at midnight on Thursday.”

Kevin Fenton, the London director of Public Health England, suggested that curfews could come to the capital as an alternative to a full lockdown. He told the Evening Standard: “In some areas which have seen resurgence there have been limits placed on the amount of time you can spend socialising. In some it might be local curfews so you’re not out drinking until the wee hours of the morning. By limiting that you also limit the amount of time people are spending in close contact with others.”

Describing the return of universities this month as a challenge, he said: “Getting back to normal life for young Londoners is associated with increased transmission.” An increase in infections was said to be inevitable in the winter and restrictions could be needed.

Downing Street did not distance itself from the suggestion that hospitality venues could shut earlier, which has caught the attention of ministers after similar measures helped to reduce infections in Belgian cities. It is understood that the measure is being considered for other areas. While London is unlikely to be first in line, given that infections are still lower than in the north and Midlands, the prospect of a 10pm shutdown in one of the world’s busiest cities illustrates the extent of concern.

A Downing Street spokesman said that all regions were under review and sharp rises in infection rates would be met by “action to bear down on them”.

The government’s Covid-19 approval rating has sunk to a record low of minus 33 per cent, with 63 per cent saying that ministers are handling the pandemic badly, according to YouGov.

Hospitality chiefs warned that further restrictions would threaten thousands of pubs. Michael Kill, of the Night Time Industries Association, said that a 10pm closing time would be “devastating” and could be counterproductive. “We are already seeing young people going to unregulated house parties and there is quite likely to be a significant increase if closing time moves to 10pm,” he said.

At the liaison committee of select committee heads yesterday, Mr Johnson accepted that as cases rose “we must expect those infections proportionately to lead to mortality”. But he insisted: “I don’t want a second national lockdown — I think it would be completely wrong for this country . . . I very much doubt that the financial consequences would be anything but disastrous.”