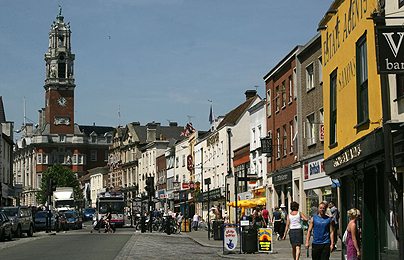 Local government minister Mark Prisk will also be told that planning laws must be used more flexibly and parking charges reduced to tackle a high street vacancy rate that stands at around 15pc, reports The Telegraph.

James Lowman, chief executive of the Association of Convenience Stores, said “meaningful policy change on planning, business rates and parking” will be leading the agenda at the first High Street Forum, a group which is aiming to address the decline of the high street.

Analysis by PwC and the Local Data Company found that the net reduction in the number of chain stores on the high street climbed from 174 closures in 2011 to 1,779 closures in 2012.

While the Government has the power to restrict developments in areas where there is “less need” – such as large out of town centres – Mr Lowman said it is often failing to intervene. “Planning applications that are going through seem to break the principle that’s been established of ‘high street first’.”

Martin Blackwell, chief executive at the Association of Town & City Management, is also concerned that “when change is required” it’s considered easier and cheaper to invest out of town, leaving high streets to further deteriorate.

Boots and John Lewis are also expected to attend the meeting, with retailers angry that Chancellor George Osborne did not freeze – or at least cap – annual rises in business rates in last week’s budget.

However, Mr Loman, whose group represents around 33,500 local shops, pointed out that local authorities already have “significant powers for discretionary rate relief”. “In reality they can’t use them because they haven’t got any cash. The debate needs to be about how these powers can be enforced to protect the high street.”

Last week, the Federation of Small Businesses called for a “concerted effort” from Government and local authorities to “turn the tide” on the high street.

“It’s time for a more concerted effort from everybody to keep their local high streets vibrant and alive,” said Mike Cherry, policy chairman at the FSB.