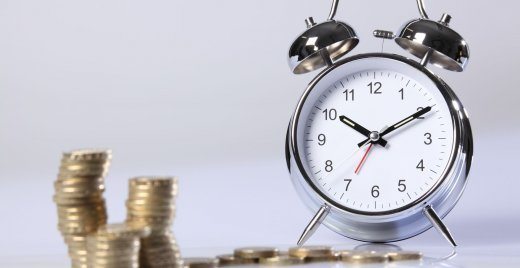 Debbie Abrahams, MP for Oldham East and Saddleworth, who created the campaign Be Fair – Pay on Time and convened and chaired the all-party late payments inquiry in April, said: “The government’s response to the report doesn’t appear to recognise that late payments reflect an unethical business culture. Nor does it respond specifically to many of the recommendations.

“The government has done nothing concrete during three and a half years in office to help SMEs in relation to late payment. Their response has no sense of urgency or conviction about it and will leave SMEs wondering if they really understand the issue at all. It seems that, for the government at least, it’s business as usual but that’s just not acceptable.”

The Forum of Private Business (FPB), who gave evidence at the inquiry, have said they are ‘disappointed’ by the government’s response to the inquiry’s report.

CEO at the Forum of Private Business (FPB), Phil Orford MBE, said: “Late payment remains a real problem for FPB members so we’re disappointed the government has not committed to taking some of the practical steps the report recommended to combat it.

“More needs to be done to join up business support packages and raise awareness of them amongst SMEs.

“And, whilst supporting SMEs manage their cash flow is important, late payment is a deeper problem than simply poor management on their part.

“The government needs to take strong action to eradicate the late payment culture that has developed and which forces many small companies to adapt their services to accommodate payments they know will be late. We have put forward more radical measures and will continue to press Ministers to adopt them as a priority.”

Professor Rudi Klein, CEO of SEC (Specialist Engineering Contractors’ Group) which represents a sector in construction comprising 60,000 firms said: “This all-party report on late payment should now be a catalyst for action.

“Government and business have pontificated on the problem for years without producing any long-lasting impact. The Government must progress its existing initiative on project bank accounts to ensure they are used across public sector construction; they guarantee payment to businesses in the supply chain.

“The backbone of the UK economy comprises small businesses where potential for growth is destroyed by a combination of lengthy payment periods and late payment. We don’t need more codes or charters. If large firms cannot pay fairly they should become ineligible for public sector works contracts.

Steve Sutherland, Chairman of Dortech Architectural Systems Limited, who appeared before the inquiry on the SME panel, says about the government’s response to the report: “There is enough guidance around already, it’s time for some real, tangible action, and less PR, if the Government is going to take this issue seriously and be seen to take it seriously.

“The Government is just making noise as I cannot see any tangible evidence of Mr Fallon’s department’s effective assistance to SMEs in the construction sector. In fact I remain unconvinced that they even fully understand the payment mechanisms of the industry.

“He has not recognised the long term damage done to a vital sector of the economy, and clearly has little intention to do anything new to address the issues raised. An opportunity missed and I imagine a great deal of SME support lost.”