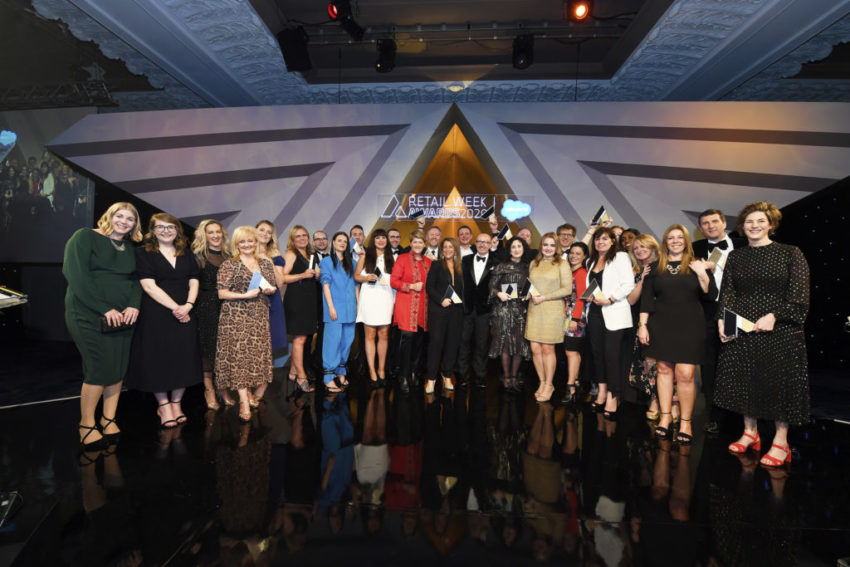 Months before he is due to step down from the helm of Britain’s biggest grocer, Tesco CEO Dave Lewis was applauded for the way he has turned the business around over the last five years.

Lewis was hailed a ‘sustainability role model’ by judges and presented with The AlixPartners Outstanding Contribution to Retail before his peers at the 25 th annual Retail Week Awards sponsored by Salesforce in London this evening.

Ocado CEO Tim Steiner was recognised as The Clarity Retail Leader of the Year with judges commenting: “Tim is the epitome of innovation in its purest. What he has achieved over the last 20 years is shape-shifting and happens just once in a generation. In terms of shaping British retail he has consistently swum against the tide, led an industry-wide transformation and shown the utmost resilience in proving the naysayers wrong.”

AO.com CEO John Roberts was awarded The Blue Yonder Retail Activist title for his social responsibility and community activism, including what judges described as ‘the Carlsberg of youth clubs’ in Bolton, which has led to a dramatic reduction in anti-social behaviour in the area, his white goods recycling programme and the introduction of a £2 per week washing machine rental for those on low incomes.

Picking up two Retail Week Awards each were Greggs, The Co-Op and Pets at Home. After a phenomenal year in the media spotlight, Greggs scooped The Salesforce Best Retailer over £250m and Best Value Retailer, with judges calling them ‘impressive, nimble, agile and customer-centric’.

The Co-Op won The Cognizant Responsible Retailer Award in recognition for its safer communities campaign introduced to keep its employees safe from knife crime. The Co-Op’s Deborah Jeyachandran also picked up Store Manager of the Year for her role at the New Eltham store.

Pets at Home’s double gong haul saw them pick up The Salesforce Speciality Retailer and Large Format Store of the Year awards.

British family-run jeweller Beaverbrooks, which is celebrating its centenary this year, won The everis Consulting Best Place to Work for the second year running.

Poppie Mickleburgh, Retail Week Event Director commented: “In what has been an extremely challenging and competitive retail landscape over the past year, it is hugely inspiring and encouraging to see so many success stories, with several businesses deservedly picking up multiple awards and some winning for the second year in a row.”

Mike Green, Senior Area Vice President and UKI Head of Retail at Salesforce, added “The winners and nominees of these awards have navigated an increasingly complex ecosystem of consumer expectations and channels that are anything but static. They have understood what the customer wants, needs and desires to deliver the best products and services. This year’s winners in particular have placed innovation and the customer at the heart of their strategy, and truly set the bar for customer experiences as we head into the new decade”

The Retail Week Awards 2020, whose headline sponsor is Salesforce, is a symbol of excellence in the retail sector, providing a platform for industry-wide recognition and a celebration of outstanding work. The awards showcase a diverse breadth of achievement, from senior boardroom leaders to new digital stars, fresh entrepreneurs and local store managers for their achievements over the past 12 months.

This year’s winners are: