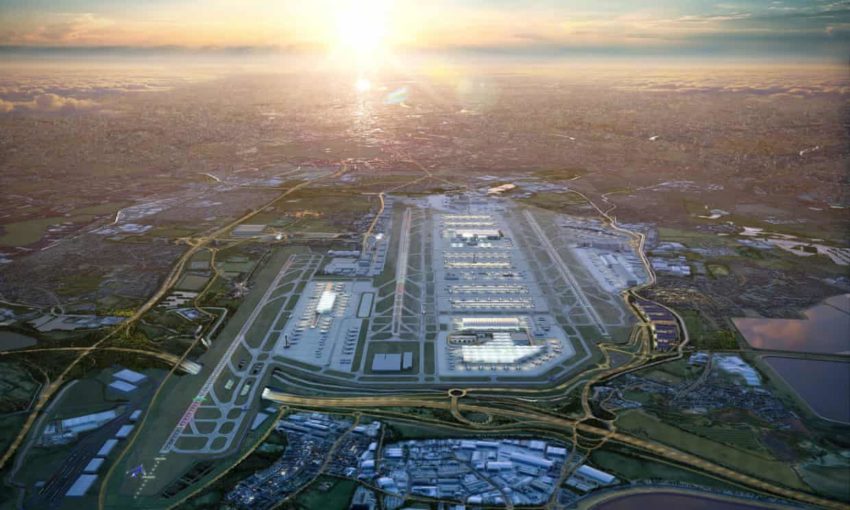 The masterplan for Heathrow’s £14bn third runway will be revealed to the public for the first time today, alongside its largest-ever consultation into the project.

The airport will reveal how it plans to reduce emissions and noise – two areas that campaigners have circled out as areas of concern – as well as a proposed ban on night flights.

Images released by the airport reveal that the third runway, which is due to open in 2026, could be built over the M25, one of the country’s busiest roads.

The airport wants to stagger the rest of the plans, including the expansion of terminal five, until 2050 to phase in the increase in passenger numbers gradually to minimise disruption.

The responses Heathrow receives from residents will inform its Development Consent Order application (DCO), the legislation that is need to expand the airport and is due to be submitted next year.

The consultation will ask the public for feedback on issues including the future layout of the airport; terminals and road access; the environmental impacts of expansion – including the proposed Ultra-Low Emissions Zone (Ulez) which will be rolled out at the airport – and a proposed six-and-a-half hour ban on night flights.Heathrow has said that the Ulez zone will eventually become a £15 vehicle access charge on all passenger cars, taxis and private hire vehicles.

The masterplan will not, however, reveal the location of the new flight paths, which form part of a separate airspace consultation.Emma Gilthorpe, Heathrow’s executive director for expansion, said: “Expansion must not come at any cost.

That is why we have been working with partners at the airport, in local communities and in Government to ensure our plans show how we can grow sustainably and responsibly – with environmental considerations at the heart of expansion.”

Protestors with the climate change activist group Extinction Rebellion had threatened to shut down the airport with drones today, but have since postponed their plans.

They have said that Heathrow expansion is at odds with the UK’s commitment to reduce its carbon footprint.

Heathrow is also facing opposition from Sadiq Khan, the London mayor, and several local councils who mounted a legal challenge earlier this year.

They claimed that transport secretary Chris Grayling had not adequately addressed concerns such as climate change, air quality and noise for nearby residents in his airport national policy statement, which outlined the plans for expansion, by not taking into account the Paris Agreement, which seeks to hold the increase in the global average temperature to “well below” two degrees celsius before the end of the century.

However, the court found that the agreement, reached between 200 nations in 2015, does not form part of UK law and so Grayling did not err in failing to take it into account.

Appeals have been lodged against the decision.John Stewart, chair of Heathrow pressure group HACAN, said: “The impact on local people could be severe for many years to come. Disruption from construction; the demolition of homes; the reality of more than 700 extra planes a day.”