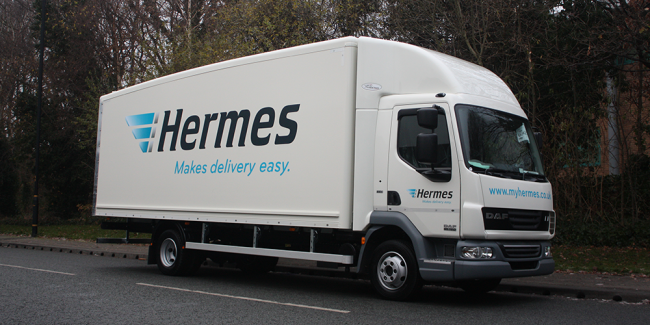 Hermes, the delivery firm, has struck a deal with the GMB union to offer couriers paid holiday and guaranteed wage rates.

Under its new “self-employed plus” status, Hermes workers can opt to receive up to 28 days of paid leave.

The GMB called the deal “ground-breaking”.

However an employment expert raised questions about the tax implications.

Hermes’s 15,000 couriers can deliver parcels in whichever order they want and will be able to continue to do so if they take up the new arrangement.

New couriers wishing to take up the pay holiday terms will have to follow routes specified by Hermes.

The company said that if it is guaranteeing hourly rates of pay, it needs to ensure that couriers are taking the most efficient route.

The GMB said that the collective bargaining agreement is on an opt-in basis and “will not affect those couriers who wish to retain their current form of self-employed status and earn premium rates”.

Martijn de Lange, chief executive of Hermes UK, said: “We have listened to our couriers and are wholeheartedly committed to offering innovative ways of working to meet peoples’ differing needs.”

The so-called gig economy means that people are paid for the “gigs” they do such as delivering a parcel or a car journey, rather than their time.

Some workers are pushing companies to offer better conditions such as paid leave and the minimum wage.

But Matthew Taylor, author of an independent review in 2017 into working practices, told BBC Radio 4’s Today Programme that Hermes’ new arrangement could raise questions about whether it was “sustainable” as it may be of interest to HM Revenue & Customs.

“I’m afraid.. I think the HMRC…will be looking at this very closely because if somebody has most of the benefits of being an employee and if the employer has most of the benefits of employing somebody, then the tax authorities will want the employee to be paying national insurance as an employee and they’ll want the company in particular to be paying national insurance on those people,” he said.

Speaking about the deal, Julian Pilling, CEO of Solutio UK. Solutio provides cloud-based payroll technology to assist businesses with temporary staffing, said: “The deal struck between Hermes and the GMP union is an interesting development, demonstrating that large employers are being strong-armed by Unions. Employers have, at long last, found a much needed alternative ‘hybrid’ employment solution for workers who began working as ‘self employed.'”