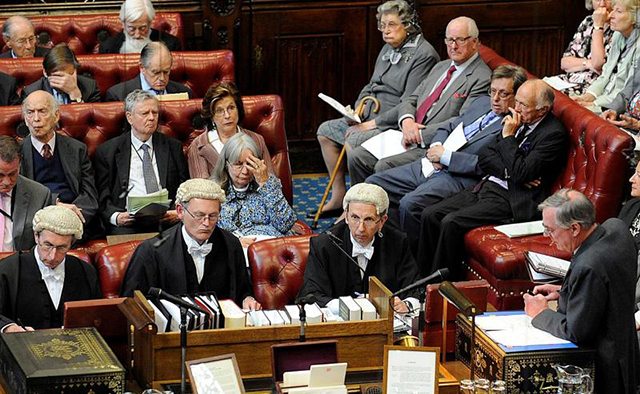 To cut red tape and help businesses, ministers want to introduce a new owner-employee contract, which allows owners to award shares worth between £2,000 and £50,000 to their staff in return, the employee would give up certain rights, including unfair dismissal, redundancy, training rights and also the right to ask for flexible working.

However the plan was defeated by 232 votes to 178 – a majority of 54 with peers attacking the plans. The former cabinet secretary Lord O’Donnell describing them as “very harmful to growth”. O’Donnell went on to ask “In the old days the price of slavery was 20 or 30 pieces of silver – is it now £2,000?”.

Lord Pannick, an independent crossbencher who led moves to throw out the new contract, told peers: “Employment rights were created and have been protected by all governments – Conservative and Labour – precisely because of the inequality of bargaining power between employer and employee and I fear it will bring out the worst in business and not the best”

“To allow these basic employment rights to become a commodity that can be traded by agreement frustrates the very purposes of these entitlements as essential protection of the employee who lacks effective bargaining power.”

Lord King, a former defence secretary and one of 10 Conservative peers to rebel against the plans, said: “I’m a strong supporter of this government.

“I hate standing up here to criticise something, but I have a greater duty to this government to prevent them going down a track that I think would lead to really unhappy consequences.”

Tory Baroness Wheatcroft, a former editor and business journalist, said she feared the plan would “bring out the worst in business and not the best”.

Labour’s Lord Adonis said removing the clause would be an “act of mercy” to the government and that “The idea that depriving employees of these basic rights is somehow going to boost growth is not supported by a single employer I have met, let alone [an] employee.

Defending the plans, business minister Viscount Younger of Leckie said: “This government wants a labour market that works for employees, employers and individuals.

“We want to give individuals more chances to share in the growth agenda and to own shares in their employer.”

He said the scheme was a “new way of attracting high calibre talent to growing companies” although it “may not suit everyone”.

Commenting on the defeat TUC general secretary Frances O’Grady said: “This humiliating defeat reflects the near universal thumbs-down it has received from business and unions.

“The margin of defeat – a big victory for union campaigning – suggests that ministers should quietly abandon this policy.”

It will now be up to MPs to decide whether to reinstate the plans when the Growth and Infrastructure Bill returns to the Commons.