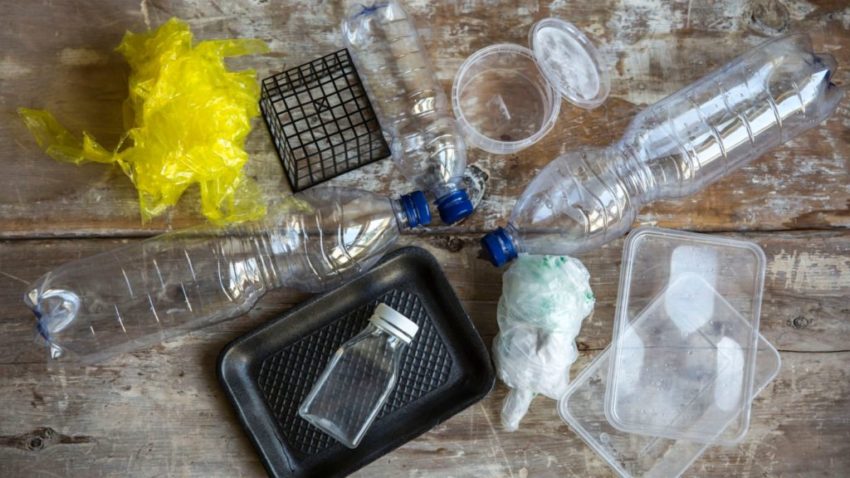 Sales of plastic “bags for life” rose 26% last year to 1.5 billion – prompting a call for the standard price to be raised from 10p to 70p.

Greenpeace and Environment Investigation Agency research shows the bags are effectively “bags for a week”, with UK households buying 54 a year in what was described as a “huge rise”.

Researchers say that bag for life sales were cut by 90% in the Republic of Ireland by setting higher prices of 70 cents – and “ideally” they want the same in the UK.

MPs want a reduction in all types of single use packaging

It was mainly driven by sales of branded products, rather than supermarket own-brands, and the fact they are selling more products overall.

Only Waitrose, Tesco and Sainsbury’s were able to achieve “marginal” reductions, said the report by Greenpeace and the Environmental Investigation Agency (EIA).

The other seven big supermarkets saw their plastic footprint increase.

The businesses were also ranked on their commitment to reduce single-use plastic, cut out non-recyclable packaging, engage with supply chains and transparent reporting.

Lidl, Asda and Aldi were the three worst performers.

The report said Waitrose scored highly because it had reduced packaging and was also planning to scale up trials of refill stations for products like coffee and pasta, as well as wine and detergent.

Greenpeace and the EIA want others to take a similar approach by offering products without packaging, or by switching to refillable or reusable alternatives.

The groups say that “false solutions”, such as making plastic thinner or swapping plastic packaging for cardboard, are “unacceptable”.

Fiona Nicholls, from Greenpeace UK, said: “We hear piecemeal supermarket announcements on plastic every other week, but in reality they are putting more plastic on the shelves than ever.

“Supermarkets need to buck up and think bigger. They must change their stores to offer loose food dispensers, reusable packaging, and move away from throwaway packaging altogether.”

EIA ocean campaigner Juliet Phillips said: “It’s shocking to see that despite unprecedented awareness of the pollution crisis, the amount of single-use plastic used by the UK’s biggest supermarkets has actually increased in the past year.

“Our survey shows that grocery retailers need to tighten up targets to drive real reductions in single-use packaging and items.

“We need to address our throwaway culture at root through systems change, not materials change – substituting one single-use material for another is not the solution.”

An Asda spokesman said the company was disappointed by its ranking, but that it was “reflective of our increased sales year on year rather than our level of commitment to this important issue”.

“Relative to our baseline year, we have already removed more than 6,500 tonnes of plastic for our customers and we’re constantly looking at new ways we can push ourselves and our suppliers harder in this area, including in trialling refillable and reusable packaging options,” said the spokesman

An Aldi spokesman said: “We have already removed more than 2,200 tonnes of plastic and replaced 3,000 tonnes of unrecyclable material with recyclable alternatives, as part of our drive to reduce plastic packaging by 25% by 2023.

“We know there is much more to be done and will continue to have positive discussions with Greenpeace to update them on our progress.”