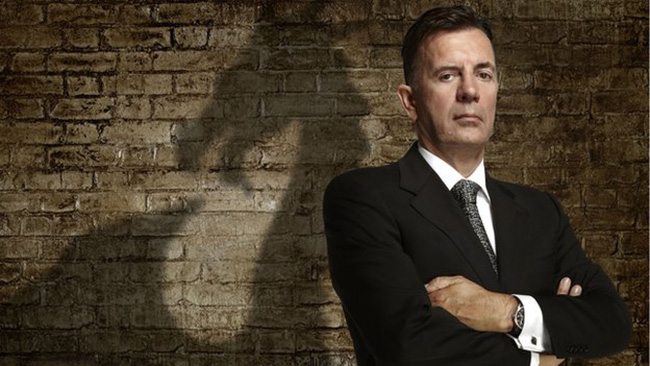 As the most formidable beast in the Dragons’ Den, he has chewed up and spat out more than a few bad ideas.

But after considering business propositions for 12 series of the BBC2 show, Duncan Bannatyne has had his fill, telling producers: ‘I’m out.’

The health club boss was one of the original team of business experts when the programme launched nine years ago and his departure leaves just Peter Jones from the starting line-up of Dragons.

He announced today that the forthcoming series – beginning on July 20 – will be his last as he leaves the programme ‘due to other business commitments’.

Bannatyne said: ‘I have had the time of my life as a Dragon, I have made numerous investments and taken part in a landmark TV programme that has promoted entrepreneurship to an entire generation of Britons.

‘However, after the 2014 recordings I do not plan to make any further investments on the programme so I thought it fair to ask producers to offer my seat to somebody else. There are only so many times I can say ‘I’m out’.

‘The series that is about to be transmitted is my final season and I’m delighted that it is full of exciting, high quality pitches. I have made a number of investments and it really is must-see business TV.’

Mark Linsey, the BBC’s controller for entertainment commissioning, said: ‘Duncan has been the most formidable Dragon and we are going to miss him enormously. He has inspired many entrepreneurs to come on the show and helped make Dragons’ Den a huge success for BBC2 long serving ‘Dragons’ and his seat is going to be a difficult one to fill, but he leaves the show on a high, with this next series being the best yet.’

According to the Dragons’ Den website, he has invested almost £2m in schemes on the programme to date.