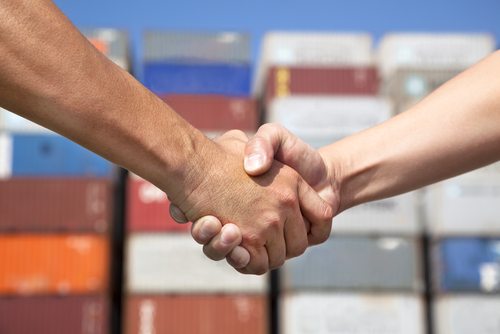 The “Importing for Export Success” report finds intelligent importing is helping UK businesses succeed at the higher value-added end of the global supply chain, particularly in the key export sectors of industrial machinery and transport equipment.

Alan Keir, Chief Executive of HSBC Bank plc, said: “While there are concerns about the UK’s trade deficit, this research shows that imports used in the right way benefit UK businesses and the overall economy by boosting productivity and driving export growth. Far from being the enemy of UK manufacturing, they are the overlooked ally of many smart businesses. This report both celebrates businesses that are embracing intelligent importing and highlights the need to continually innovate to stay ahead.”

The report draws on the HSBC Trade Forecast outlining how 50 per cent of the UK’s total export growth to 2030 will be driven by two sectors – industrial machinery and transport equipment. It shows these two sectors will also account for over 30 per cent of the growth in imports by 2030, with manufacturing imports coming from an increasing range of foreign suppliers while British businesses focus their efforts on adding value to semi-finished products before exporting them.

This behaviour is increasing the UK’s productivity. Drawing on research from the OECD, the “Importing for Export Success” report shows that between 6% and 12% of the increase in UK manufacturing productivity between 1998 and 2008 can be accounted for by an increase in imports as the world went through a period of rapid globalisation. Even after these gains, the report forecasts that between 4 per cent and 7 per cent of the increase in UK manufacturing productivity over the next 10 years will be facilitated by increased imports of intermediate goods.

Mr Keir said: “By importing component parts to enable us to be more efficient, our skilled workforce and capital is focused on areas where we can compete and stand out from other nations. UK businesses need to ensure they are importing the right goods at the right point in the supply chain in order to maintain competitiveness, establishing a clear position in the global supply chain where they can best add value to drive growth.”

The report highlights the evolution of manufacturing in developed markets where value is added at multiple stages around the world, wherever it is most efficient to do so. For example, the share of pharmaceuticals in total UK imports has significantly increased over the past 10 years, with British pharmaceutical companies benefitting from raw materials imports and then adding value to products before exporting them.