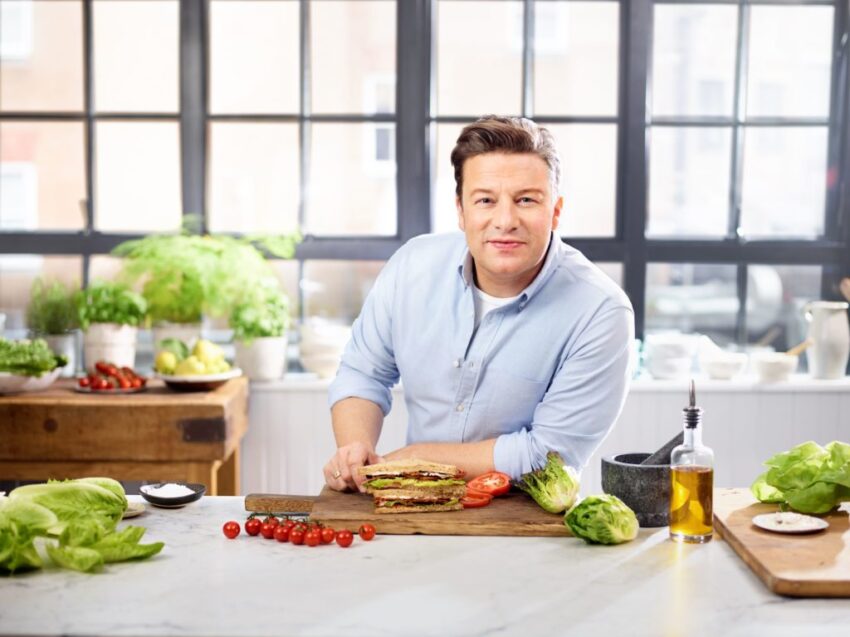 Jamie Oliver has defended a controversial tie-up with Shell as the celebrity chef launches a roadside food-to-go range.

The cook and campaigner said the partnership would bring 80 healthy food items to a wider range of people.

“If this was a film, this would be like getting it into lots of cinema screens,” he told the Press Association. “This is where people go.”

Critics have said the £5 million deal is at odds with Oliver’s position as a UN environmental champion.

But he hit back: “I think I’ve earned trust over the last 20 years and I would hope that people think I’ve thought about it correctly. I can stick up for what’s in the stores and where it’s come from.”

The Jamie Oliver deli range will be available in 500 Shell service stations from the end of the month.

It contains an average of 69% more fruit and vegetables across the products compared with Shell’s previous range.

Oliver said the collection of wraps, sandwiches, salads, hot pots and sushi is unlikely to be affected if Brexit disrupts the supply of fresh food into the UK.

“The majority of everything that’s in the range is British,” he said. “That’s not tactical or political.”

If the launch is successful it could be rolled out to other countries.

“The more healthy, nutritious ranges you can give – particularly ranges that customers believe are better quality and better value for money – that could be a very good business proposition for us.”

Oliver said he hopes the range will prompt further change across the food-to-go sector.

“My job’s to work for the British public and push Shell to be the best that we can be and also to disrupt the market,” he said.

The TV chef, who was a prominent campaigner for the tax on sugary drinks which came into effect last year, said the food industry must take an active part in making diets healthier.

“If we want Britain to be in a healthier, more productive place in 15 to 20 years, we absolutely need businesses to be on that journey.”