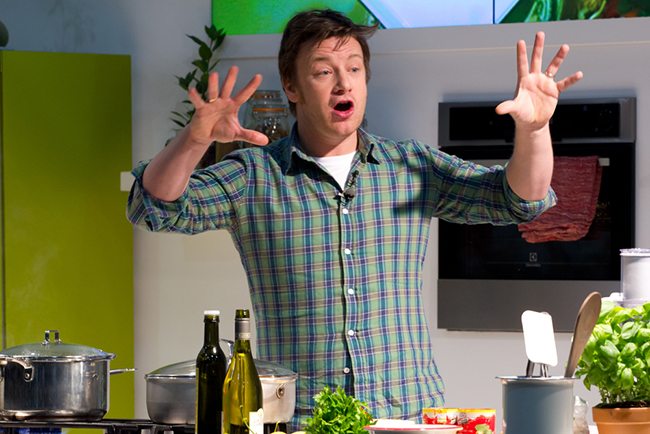 Celebrity chef Jamie Oliver has said he is “saddened” after his restaurant group went into administration, putting up to 1,300 jobs at risk.

The group, which includes the Jamie’s Italian chain, Barbecoa and Fifteen, has appointed KPMG as administrators.

In total, 25 restaurants are affected by the move, 23 of which are from the Jamie’s Italian chain.

Mr Oliver said: “I appreciate how difficult this is for everyone affected.”

“I would also like to thank all the customers who have enjoyed and supported us over the last decade, it’s been a real pleasure serving you.”

He added: “We launched Jamie’s Italian in 2008 with the intention of positively disrupting mid-market dining in the UK High Street, with great value and much higher quality ingredients, best-in-class animal welfare standards and an amazing team who shared my passion for great food and service. And we did exactly that.”

Mr Oliver is known for his Naked Chef books and TV shows, broadcast in dozens of countries, after first being shown in the UK 20 years ago.

He has also campaigned for healthier eating, including in school meals.

His chain is the latest victim of a tough trading environment on the UK High Street.

Mr Oliver’s business has faced difficulties over the past two years, with a number of Jamie’s Italian and Barbecoa restaurants shutting.

In 2017, he closed the last of his Union Jacks restaurants and also shut his magazine Jamie, which had been running for almost 10 years.

In December of that year the chef also put £3m of his own money into his restaurant businesses.