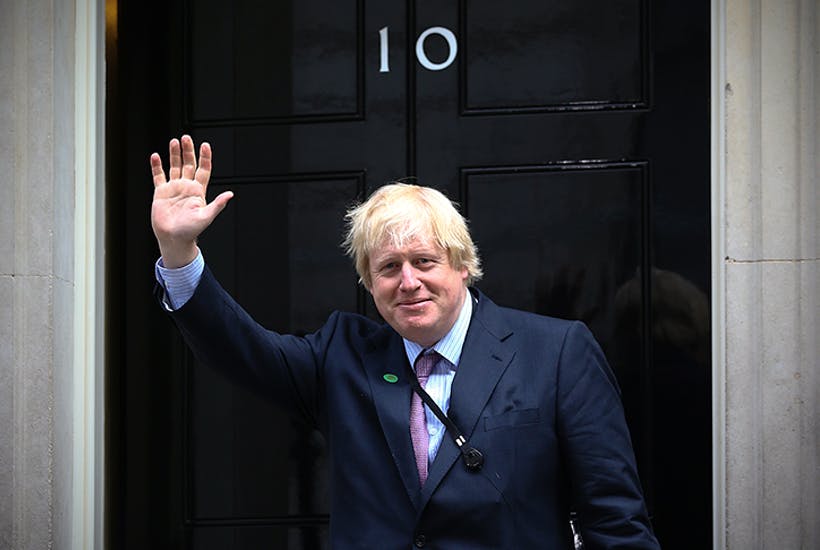 Boris Johnson was set for a landslide victory this morning after securing a majority in the Commons as voters backed him to take Britain out of the EU next month.

Conservative victories in a string of seats in Labour’s former heartlands appeared to confirm an exit poll that pointed to a substantial Tory majority. The initial forecast was for 86, the party’s biggest majority since 1987. This was subsequently revised down to 64 by the BBC at 3am to take account of actual results.

Jeremy Corbyn conceded defeat at 3.20am but refused to bow to pressure to quit immediately. He said that he would stand down but would continue to lead the party through “a period of reflection”. Speaking shortly after, Mr Johnson said the results thus far showed that “this one-nation Conservative government has been given a powerful mandate to get Brexit done.”

Jo Swinson, the Liberal Democrat leader, lost her seat in East Dunbartonshire to the Scottish National Party. She said that “while some will be celebrating the wave of nationalism that is sweeping on both sides of the border. . . for millions in our country these results will bring dread and dismay.”

President Trump also tweeted his support for Mr Johnson, saying: “Looking like a big win for Boris in the UK!”

Carolyn Fairbairn, CBI Director-General, said: “Congratulations to Boris Johnson and the Conservative party. After three years of gridlock, the Prime Minister has a clear mandate to govern. Businesses across the UK urge him to use it to rebuild confidence in our economy and break the cycle of uncertainty.

“Employers share the Prime Minister’s optimism for the UK and are ready to play a leading role. They can bring the innovation, investment and jobs for a new era of inclusive growth. The biggest issues of our times – from tackling climate change to reskilling the workforce for new technologies – can only be delivered through real partnership between government and business.

“The starting point must be rebuilding business confidence, and early reassurance on Brexit will be vital. Firms will continue to do all they can to prepare for Brexit, but will want to know they won’t face another no deal cliff-edge next year. Pro-enterprise policies on immigration, infrastructure, innovation and skills, will help relaunch the UK on the world stage.

“Despite recent challenges, the UK remains a great place to start and build a business. A new contract between enterprise and government can make the UK a global magnet for investment, powering higher productivity and living standards across the UK.”