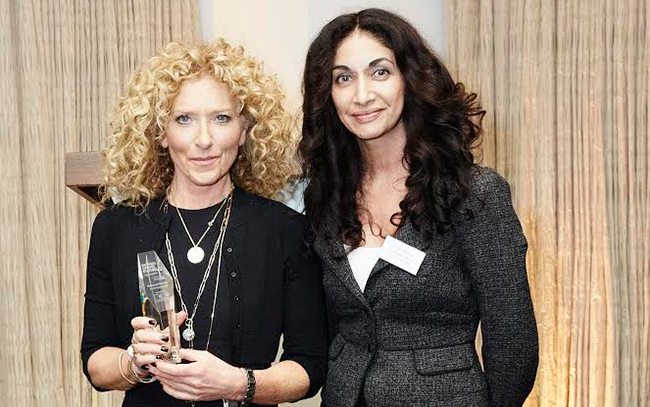 The entrepreneur, ambassador for the Prince’s Trust and Government’s GREAT campaign and TV Dragon received the award at the even held at JP Morgan and hosted by founder Pinky Lilani OBE DL.

The evening was a celebration of the successes of the candidates involved in the Asian Women of Achievement Awards and Women of the Future Awards 2014.

Kelly Hoppen MBE says “I feel very humble and honoured to receive the award for Women of the Year. I’m a great admirer of Pinky Lilani OBE and to receive this award surrounded by inspirational women is a true honour. It is important for women to be able to lead the way in business and support each other and the Women of the Future network is immensely important in doing this. The award will take pride of place in my new studio.”

As one of the country’s leading female entrepreneurs, Kelly Hoppen is an