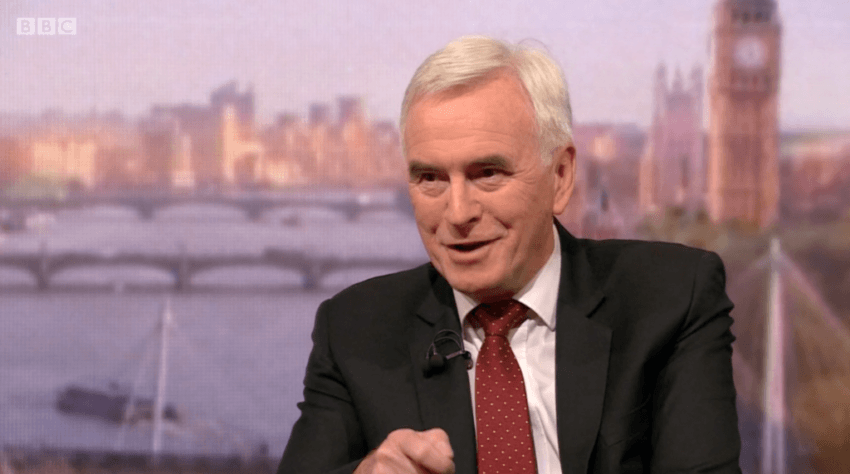 Labour should ‘get on with’ changing its Brexit policy to support a second referendum, the shadow chancellor has said.

John McDonnell said Jeremy Corbyn was “rightfully” trying to build consensus, but added the party needed to reach a position “sooner rather than later”.

“I want to campaign for Remain,” he said.

He also denied he had called for the Labour leader’s advisors to be sacked, as reported in the Sunday Times.

Labour had previously promised a vote on Brexit in certain circumstances, specifically if it could not get its own deal with the EU passed by MPs or if there was no general election.

Following the party’s poor performance in the European elections in May, Mr Corbyn appeared to go further, suggesting there “had to be a public vote” on any deal agreed with Brussels.

He has recently come under pressure from his own MPs to confirm that the party would call for another referendum, and would campaign to remain in the EU.

Speaking on the Andrew Marr Show, Mr McDonnell confirmed that he, personally, would campaign to Remain if there was a second referendum.

He said he wanted to “get on with it”, but added that Mr Corbyn was “much wiser” and wanted to “build consensus and then go for it”.

“That’s what he’s doing at the moment,” he added.

“Jeremy and I go back 40 years, we’re the closest of friends. We’ve minded each other’s back throughout that period. Yes, we’ll disagree on things, and then we’ll come to an agreement.”

Asked if he and shadow home secretary Diane Abbott had called for Mr Corbyn’s advisors – Karie Murphy and Seumas Milne – to be sacked, Mr McDonnell replied such stories were “rubbish”.