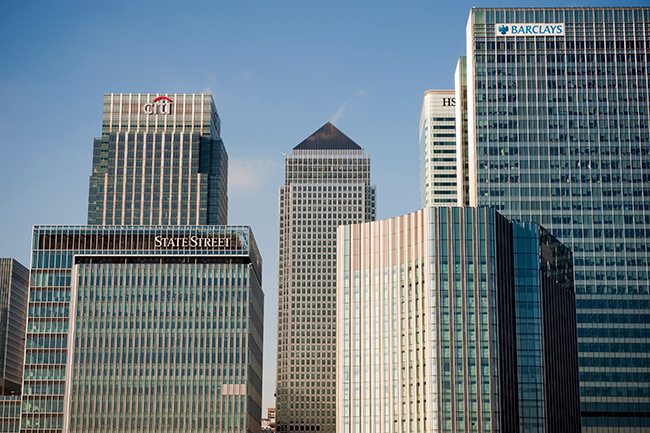 London has the most FinTech headquarters of any city in the world, according to new recent research.

Data shows that London currently boasts over 1,000 global FinTech headquarters with companies such as WorldPay, Finastra, Monzo and TransferWise among those choosing to base themselves here. New York and San Francisco come in at second and third with 939 and 593 FinTech headquarters respectively. Other cities ranked in the findings include Singapore, Paris, Beijing and Mumbai.

The joint report from Savills and Workthere shows that London, New York and San Francisco are the clear epicentres of the FinTech world making up a combined 38% of global FinTech VC investment by volume so far this year. London topped the table for the number of FinTech VC deals for the first nine months of 2019 with 194, followed by New York at 164 and san Francisco at 123. When assessing deal volume, Workthere found that the rankings changed slightly with San Francisco on top, followed by London and New York respectively. However, FinTech investment is by no means limited to these three hubs with Paris, Berlin, Stockholm, Singapore, Atlanta, Boston, Palo Alto, Sao Paulo, Beijing and Toronto also seeing significant FinTech VC activity.

The research highlights that the flexibility associated with serviced and coworking spaces has lent itself well to the nature of FinTech companies, which are growing quickly and therefore need agile spaces in which they can expand and contract in line with the needs of their business. As a result, a significant proportion of the FinTech companies that received VC funding this year are based in this type of workspace.

Cal Lee, global head of Workthere, added: “When comparing flexible office take up with FinTech venture capital investment, we are beginning to see a clear relationship between the two emerge for the London market, although this is currently less obvious for New York and San Francisco. This is echoed in the fact that in London, FinTech has accounted for 30% of all VC investment over the past five years, compared to 14% for both San Francisco and New York. Therefore, in London FinTech will be a greater driving force of overall flexible office demand.”

Matthew Fitzgerald, Savills Director of Cross Border Tenant Advisory EMEA, commented: “The tech sector as a whole has been a significant driver of conventional office take-up globally for a long time. However, FinTech specifically is a relatively young sub-sector consisting of a high portion of startups. As these early-stage companies grow headcount and become more established over the coming years, we expect to see them making the move from flexible to conventional offices and then major occupiers in their own right, as we have seen in London. This journey will support the demand for this type of space, particularly in London, New York and San Francisco.”

“We also expect FinTech companies to fill many senior positions by attracting talent from finance rather than tech, with all the workplace implications that come with it, as knowledge of finance in general and specifics about competitors will be hugely beneficial to some of these growing FinTech companies.”

The report also compares the average monthly cost for a private office desk within a flexible workspace and found that San Francisco, Stockholm, Toronto, Boston, New York and London are all price at £700 or higher.