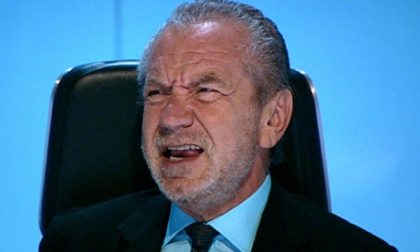 Lord Sugar, who has gone toe-to-toe with many in business and the celebrity world, not least are the verbal assaults that he dishes out to the assembled cast of hopefuls of the hit BBC show The Apprentice.

But leading libel lawyers Herbert Smith have written to Mr Letts complaining that on LBC radio he called their client a telly peer who doesn’t seem to have an enormous intellect; and that a writ will follow unless he pays Lord Sugar’s legal costs to date, donates an undisclosed sum to charity and gives a written undertaking never to criticise their client again.

‘And never a writ. Politicians may dish it out, but they do take it. Welcome to politics, Lord Sugar. Ever heard of common abuse, you pathetic ninny?’

Is Lord Sugar right to launch this action or is it a case of him being able to dish it out but not take it?