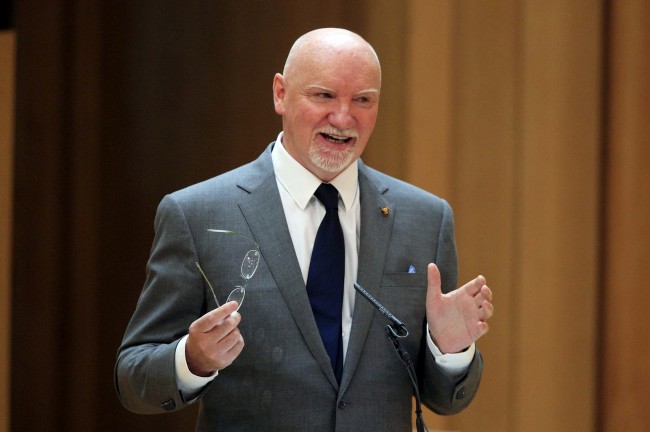 Luxury Italian car manufacturer, Maserati, and the Centre for Entrepreneurs (CFE) have announced the second ‘Maserati 100’ index; a definitive list of Britain’s most successful philanthropists, investors, mentors and advisors, and ascending entrepreneurs, who are today supporting the next generation of up and coming business talent.

The final list was curated by a panel of experts from the Centre for Entrepreneurs, including its founder, Luke Johnson.

The former Chairman of Channel 4 Television and Pizza Express commented on the 2016 list saying; “Entrepreneurs have long been celebrated for their role as job creators – indeed UK entrepreneurs added 700,000 net new jobs in 2014-15 – but their deep commitment to helping others often goes unnoticed.

The Maserati 100 exemplifies the economic and social value of entrepreneurs; growing the economy, creating jobs and helping the next generation do the same.”

Those named ranged from 19 to 90 years in age, as such the list features a high calibre of diverse and vibrant British entrepreneurs, who not only help contribute to the growing UK economy, but also provide much needed support to tomorrow’s business leaders. Those featured in the list included:

Sir Tom Farmer, founder of Kwikfit and the Farmer Foundation. Sir Tom is the first Scot to be awarded the prestigious ‘Andrew Carnegie Medal for Philanthropy’ and was appointed Commander of the Royal Victorian Order (CVO) for his work as chairman of the Board of Trustees of the Duke of Edinburgh’s Award

Richard Read, Jam Jar Investments. Richard is best known as the co-founder of Innocent Drinks. Co-founded in 1999, the Innocent brand has grown from strength to strength and now sells over two million drinks per week. Following the sale of the majority share of Innocent to Coca-Cola in 2013, Richard and his co-founders went on to launch Jam Jar Investments which has supported brands such as Graze and ToucanBox.

Jamal Edwards owner of SBTV; a broadcasting company that makes YouTube music videos to elevate emerging music talent. From a teenager on a council estate in west London to self-made multimillionaire, Jamal aims to not only produce good content, but also inspire the audience and help them develop different viewpoints of today’s world. Edwards actively supports The Prince’s Trust and is the face of the new government-backed ‘Guild of Creative Entrepreneurs’ campaign.

Chrissie Rucker, founder of The White Company; who started the company from her boyfriend’s spare room and has grown the company to 50 stores nationwide with over a £144m turnover. Chrissie was made an MBE in 2010, and in 2012 was chosen as Private Businesswoman of the Year by the Financial Times. Rucker regularly finds time to mentor young social entrepreneurs through Expert Impact.

Founding chairman of Audere Capital, owner of Business Matters publishers Capital Business Media, Richard Alvin, also featured on the list as through this private equity company Alvin has invested in a number of startup and growing companies, and also acted as a NED or mentor to others. Alvin also founded the Capital Business Media Foundation to help those looking for help in starting their own business journey providing them with financial, resource and mentoring support.

‘The Maserati 100’ search was launched at the end of last year and invited members of the business community to nominate the individuals who they felt should be recognised for their support of the next generation of entrepreneurs.

Whilst almost half of those included in the list are based in London, there was no lack of skills or entrepreneurs elsewhere in the UK as most regions were accounted for within the remaining half, with mentors being nominated from Scotland, Wales, Manchester, Birmingham, Newcastle and Somerset.