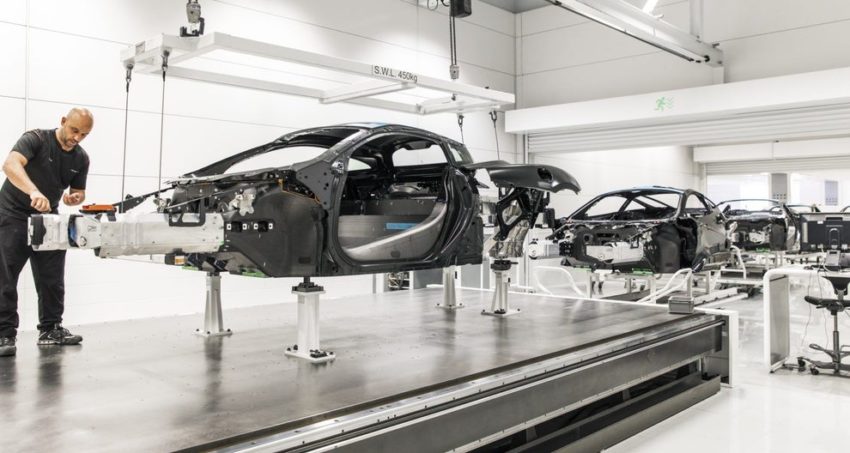 The car firm, famous for its supercars, is searching for candidates with specific skills to help work with pioneering materials such as ultra-lightweight carbon fibre at its McLaren Composites Technology Centre (MCTC).

It believes people with the imagination to work with innovative materials and designs will suit the roles perfectly.

But why are people with these skills more suitable than professional qualified engineers and designers?

Of course, McLaren isn’t doing away with traditional car manufacturing skills entirely, but it does believe the softer design skills are vital, because carbon fibre, which is used to build the chassis at the core of its sports cars, starts life as a fabric. It has to be cut, put into moulds and then treated before becoming a hard material for use in car manufacturing.

They will help make the next generation of McLaren carbon fibre tubs that will be sent to its main car production centre in Woking, Surrey. It is hoped the use of these advanced lighter materials will help save vehicle weight – boosting performance, as well as allowing supercars to become more energy-efficient.

McLaren said the next phase of recruitment will see it almost triple the current team of up to 70 staff to over 200 by the time the site near Sheffield is in full production in early 2020. The group is also hoping the site will help boost the local economy by £100m by 2028, while also supporting skills development in the region.

Mike Flewitt, chief executive of McLaren Automotive, said: “As we’re working with advanced, lightweight materials in new ways that have never been used before on this scale for car production, McLaren is looking for a range of skills you wouldn’t normally associate with the automotive industry.

“The advanced technologies and processes they will be working on could one day be used in other industries to produce lighter, and therefore more efficient, vehicles, which will not only help McLaren to continue to innovate, but the UK to become a global leader in composite materials expertise,” he added.