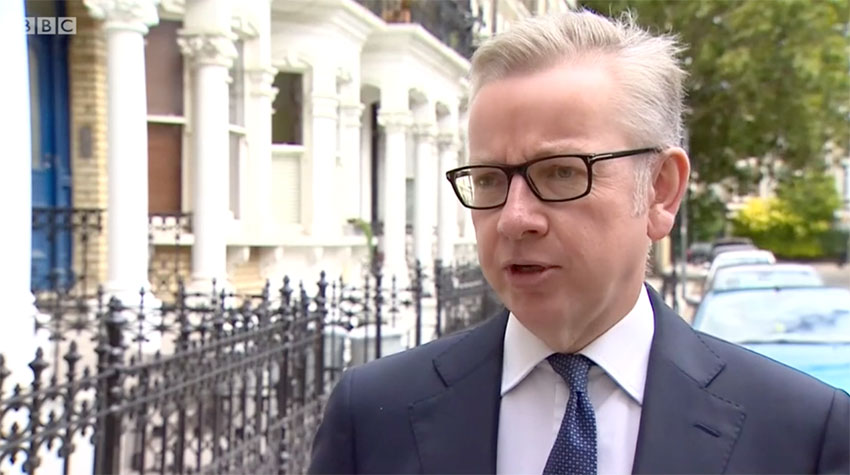 Michael Gove, the minister in charge of preparing for a no-deal Brexit, is set to launch a £100m advertising campaign urging people and businesses to “Get ready” for Britain leaving the EU without a deal on 31 October.

The campaign, which has been described as the biggest advertising drive since the Second World War, will launch next week, according to a report in The Times.

The publicity blitz will involve billboards, a revamped government website, and TV and radio adverts.

The government is even said to have ordered mugs and t-shirts emblazoned with the “Get Ready” slogan.

One minister told The Times that Number 10 had considered using the Vote Leave campaign’s “Take back control” slogan, but rejected it due to fears it could appear too partisan.

The campaign’s slogan is similar to that of the Brexit Party, which unveiled its new tagline, “We are ready”, this week.

Gove, the chancellor of the Duchy of Lancaster, will address MPs on Tuesday when he gives the first of a series of regular updates on the state of no-deal preparations.

Prime minister Boris Johnson had outlined his plans for a public information campaign during his leadership campaign.

“Agricultural farmers in Wales . . . fishermen, everybody, just-in-time supply chains, here is what the government has for you, are you ready?,” Johnson said.

“Dom Cummings is bringing a sub-machine gun to a knife fight,” one minister said. “He’s knows exactly what he’s doing with the timing of this.”