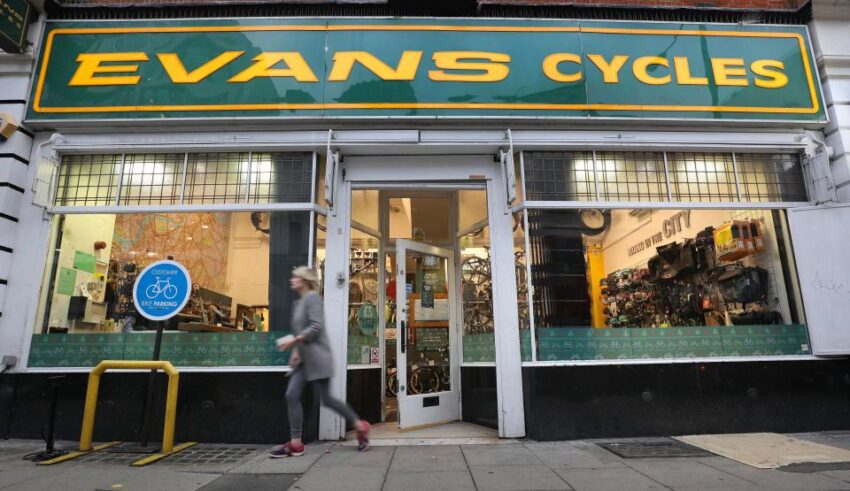 Sports Direct‘s chief executive Mike Ashley has said that unfortunately, some of the brand’s 62 UK stores, which employs around 1,300 staff members will have to close.

Mike Ashley said: ‘We are pleased to have rescued the Evans Cycles brand. However, in order to save the business we only believe we will be able to keep 50 per cent of stores open in the future.

Unfortunately some stores will have to close.

The company, which had been seeking a buyer, went into administration on Tuesday 30 October and was then immediately sold in a process sometimes known as a ‘pre-pack’.

Landlords of Evans sites will be contacted over the next few days to discuss the future of individual stores.

The acquisition marks the latest expansion of Mr Ashley’s high street empire following the takeover of House of Fraser earlier this year.

It had previously emerged that Evans was eyeing a rescue deal in September, when the retailer held talks with its lenders to seek an urgent injection of capital.

Advisers at PwC were then brought in to oversee a sales process, with Halfords and JD Sports also touted as potential buyers.

Matt Callaghan, joint administrator and PwC partner, said: ‘2018 has been a very difficult trading year for the business, in part due to the impact of the extended winter weather in the early part of the year and a lack of cash to invest in stores and develop the online platform.

‘A combination of losses, the capital expenditure requirements and tightening credit has led to a liquidity crunch.’

Evans Cycles was first opened in 1921 in south east London. From its Kennington road base the company became famous for building its own frames and bikes, earning an award from the Cyclists Touring Club (CTC) for ‘the greatest improvement in cycle design, construction or equipment during the year 1925’.