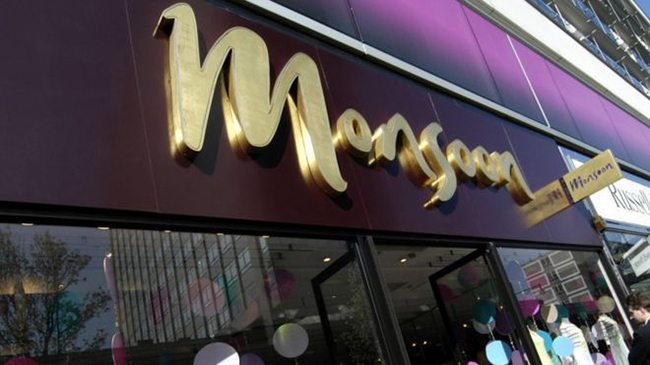 The company behind the Monsoon and Accessorize fashion brands has called in advisers to work on the potential closure of dozens of stores through a contentious insolvency process.

Monsoon Accessorize has appointed Deloitte to prepare for a possible company voluntary arrangement that also could lead to rent reductions for landlords and job losses.

The women’s and children’s clothing retailer trades from almost 270 stores in Britain. It has been struggling to close sites and cut costs as it faces what it has called the most difficult trading environment in its 46-year history.

New Look and Mothercare both used the process last year and Debenhams is about to start closing branches. Bricks and mortar retailers are struggling with rising costs, over-sized store estates and competition from online.

Monsoon Accessorize was founded by Peter Simon, who controls the business via Balmain Invest and Trade Inc, based in the British Virgin Islands. The retailer has closed almost 40 stores in the past two years and has relocated and downsized others. However, it is aiming to speed up closures and is seeking creditor approval for a potential CVA, according to Sky News.

A spokesman for Monsoon Accessorize said: “The UK retail trading environment is tough and we are continuing to look at options to reduce our overall costs as we restructure the business in the UK and internationally.

“We have made no secret of the fact that we have steadily reduced our store portfolio in recent years and shall continue to do so as leases expire. We are looking at options to accelerate these store closures.”

Ion Fletcher, a director at the British Property Federation, which represents landlords, warned that “any CVA must be transparent and fair”.

Paul Allen, 54, the chief executive, said when the results were filed last year that “strong growth in online sales” were not yet offsetting the decline in store sales and that it was urgently addressing the “structural” change in the market.