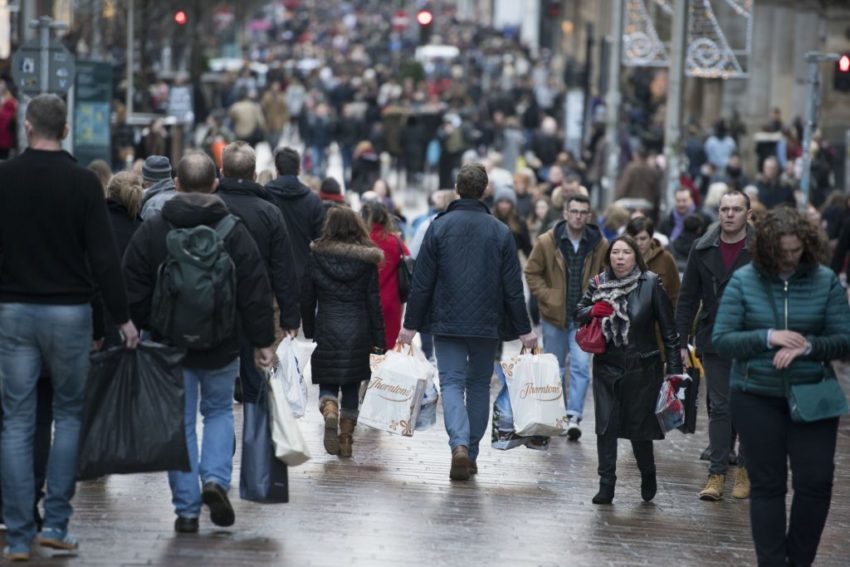 The “all-important golden quarter” for retail sales has got off to a fairly flat start as cautious consumer spending continues into the final three months of 2018, a report has found.

October marked the start of the golden quarter – the last three months of the year when some retailers earn the majority of their profits as shoppers stock up for Christmas.

But the BRC (British Retail Consortium)–KPMG retail sales monitor found that in October, total retail sales increased by 1.3% year-on-year across the UK.

Consumer caution and the anticipation that there may be better deals available during shopping bonanzas such as Black Friday closer to Christmas may have dampened demand, it was suggested.

Paul Martin, UK head of retail at KPMG said: “October kicks off the all-important golden quarter, with some retailers earning the majority of their annual profits in these months alone.

“But with October’s like-for-like sales flatlining at 0.1%, it was a bit of a non-starter.”

Mr Martin continued: “Grocery sales – which have been a ray of light – actually showed signs of restraint.

“However, clothing sales were more promising, with the colder weather towards the end of the month prompting a wardrobe re-think.”

Helen Dickinson, chief executive of the BRC, said: “Sales in October saw only a slight uplift on the previous year, as cautious consumer spending continues into the final quarter of the year.

“Brighter weather and the anticipation of better deals in the Black Friday November sales have dampened demand for discretionary purchases.”

She continued: “Furthermore, the very real possibility of a no-deal Brexit presents a huge challenge for retailers who must contend with the prospect of higher import prices, and further drops to consumer demand.”

Meanwhile, a separate report from Barclaycard said consumer spending did see a boost from the experience economy in October.

It said spending on tickets jumped by 22.1% annually alongside blockbuster film releases such as Venom and A Star Is Born, and Glastonbury Festival tickets being snapped up.

But a survey of more than 1,800 people from Barclaycard also found 28% of consumers say they have confidence in the UK economy – the joint-lowest level since Barclaycard started monitoring consumer confidence in 2014.

Esme Harwood, director at Barclaycard, said: “While the retail sector has continued to face challenges, the experience economy provided a welcome boost to overall spending in October with consumers going for meals out and purchasing tickets to events and shows.

“Ongoing economic and political uncertainty has led to a decline in confidence, with consumers remaining cautious with their spend in the run-up to Christmas.”