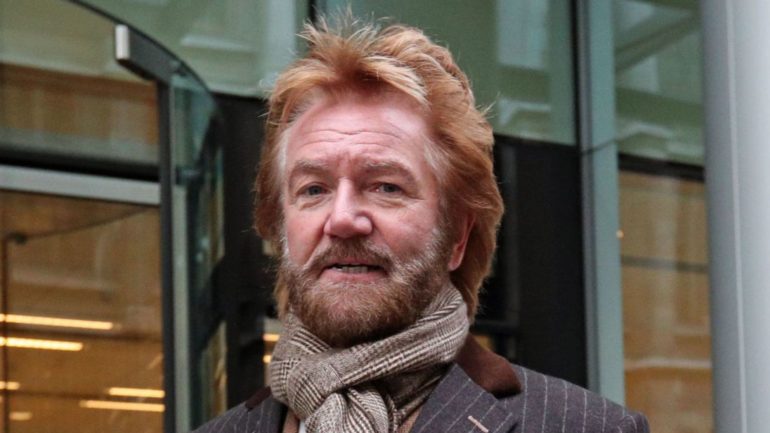 A group of 30 MPs has written to the financial watchdog and the board of Lloyds Banking Group, listing concerns about the compensation scheme for victims of a major fraud at its HBOS Reading division.

The chair of the all party group parliamentary group on fair business banking Kevin Hollinrake MP wrote an open letter to the bank’s chair Lord Blackwell today, blasting the bank for its “arrogance” in its treatment of fraud victims.

The letter relates to a fraud, which centred on the Reading division of HBOS, which last year saw six people jailed for a total of 47 years.

Hollinrake accused the bank of “victim-blaming” and launching “attacks on the victim’s integrity” in relation to those trying to seek compensation for the fraud.

He said that victims, including TV host Noel Edmonds (pictured) are being given “take-it-or-leave-it” offers of compensation, without being given access to the methodology or basis of those calculations.

“We have no trust in such an opaque process,” the letter said.

The fraud targeted small businesses in the bank’s impaired assets division, which were loaded up with unmanageable debt and stripped of their assets when they were unable to pay.

Hollinrake said that victims are being told by Lloyds that their businesses were already failures and had no hope of survival, despite the fact that the fraudsters were deliberately driving businesses into administration.

Hollinrake also wrote to City watchdog the Financial Conduct Authority (FCA) to ask what powers it had to intervene in the compensation process.

A spokesperson for Lloyds said: “We are in regular dialogue with Kevin Hollinrake and the APPG. The customer compensation review was set up to deliver swift and fair compensation to customers. It considers any losses that customers have suffered and also the distress and inconvenience that they experienced from their first dealings with those now convicted of criminal offences, and since.

“All offers are reviewed and approved by the independent reviewer who considers the very specific circumstances of each individual customer’s case. The group has paid for all customers to take independent legal advice before entering into any settlement agreement.”