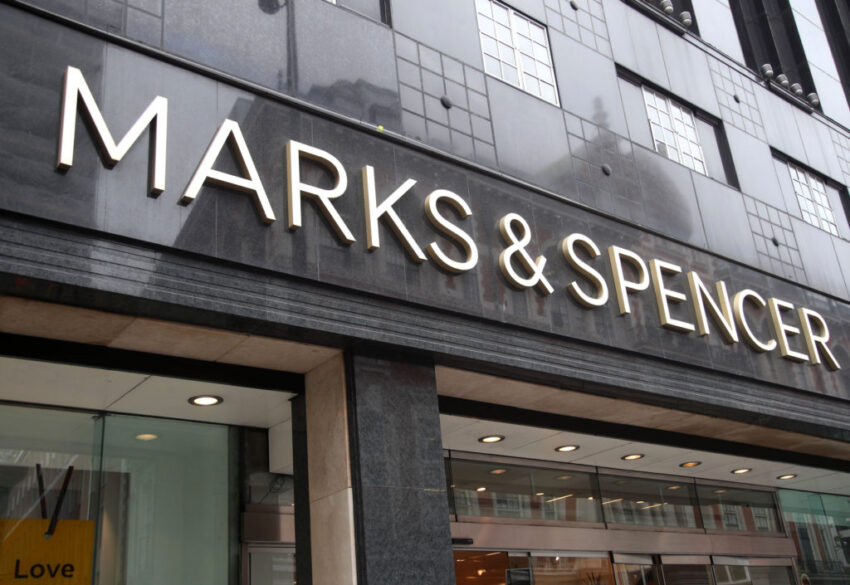 Marks & Spencer has joined the list of retail Christmas turkeys after reporting further sales falls in its embattled clothing arm and food halls.

The retail bellwether said like-for-like clothing and home sales dropped 2.4% over the 13 weeks to December 29, while comparable food sales fell 2.1%.

But the group saw shares rise 2% as it stuck to full-year profit guidance in spite of an overall 2.2% drop in UK sales over the quarter.

The performance was worse than expected for its clothing and home division, but slightly better in food – and M&S insisted it was seeing some “encouraging early signs”.

Chief executive Steve Rowe said: “Against the backdrop of well-publicised difficult market conditions, our performance remained steady across the period.

“Our food business traded successfully over Christmas as customers responded to improved value.”

He added its widespread overhaul remains “on track”.

M&S had already braced the market for little improvement in sales over its third quarter.

And in its latest update, it said unusually warm weather and falling consumer confidence made for a “very challenging” November.

Its programme of widespread store closures also took its toll on total sales in its clothing and home sales business, which slumped 4.8%.

The group said it did not take part in Black Friday discounts – and held off from discounting ahead of Christmas, despite heavy promotional activity across the high street.

Mr Rowe said he did not regret the decision, which meant it went into the post-Christmas sales with around 25% less stock – its smallest sale stock for five years.

Its online performance was a bright spot, with UK website trade up 14%.

Mr Rowe said he was encouraged by the “first steps” to turn around the fortunes in its food halls, with signs of an improvement in the number of transactions and “solid growth” over the Christmas weeks.

But as with other food retailers, the group suffered pressure on sales from falling inflation, with M&S prices falling around 2% in the quarter as it also lowered everyday prices to shift away from promotional discounts.

Neil Wilson, chief market analyst for Markets.com, said the M&S figures were “not as bad as feared – a good microcosm of the high street in general over Christmas – but Marks clearly has a long way to go to turn things around”.

The update comes at a time of major upheaval at M&S.

It recently drafted in former Sainsbury’s boss Justin King to join the board as a non-executive as the high street firm undergoes the next phase of a drastic transformation plan under Mr Rowe.

As part of the programme, spearheaded by Mr Rowe and chairman Archie Norman, M&S is seeking to save costs through store closures, shutting distribution centres, streamlining its corporate structure and ramping up digital operations.