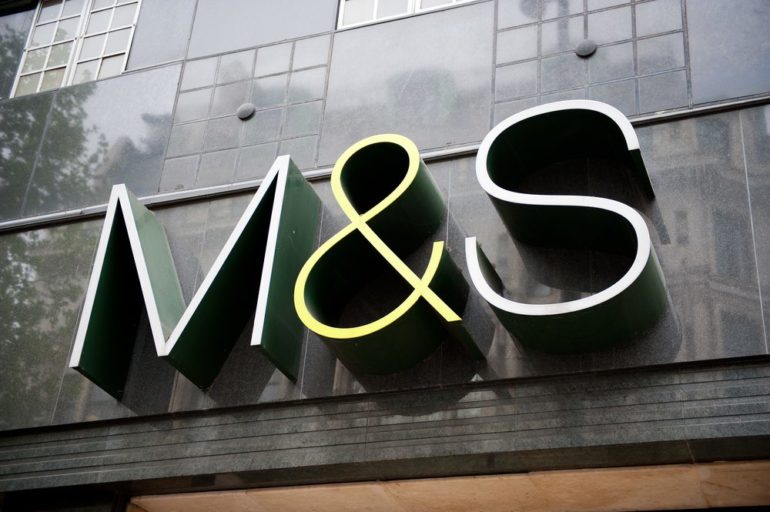 About 7,000 jobs are being axed at Marks & Spencer in the biggest cull in its 136-year history.

The high street retailer said it needed to streamline its business after consumer habits changed dramatically during the crisis. Trading in its clothing and homeware divisions remained “well below last year”.

M&S said that while it had performed ahead of its scenario plans, sales in clothing were down 38.5 per cent over the past 13 weeks with town centre shops and shopping centres yet to recover as people continue to stay at home.

“It is clear that there has been a material shift in trade and whilst it is too early to predict with precision where a new post Covid sales mix will settle, we must act now to reflect this change,” M&S said.

The size of the job cuts is the largest made by a British retailer since the start of the crisis and follows John Lewis cutting 1,300 jobs, Boots cutting 4,000, Debenhams cutting 6,500 jobs and Dixons Carphone making 3,700 redundancies including the closure of its Carphone Warehouse business. The M&S cuts have taken the number of jobs at risk at big British businesses since the Covid-19 crisis began to 204,942.

John Moore, senior investment manager at Brewin Dolphin, said the M&S cuts had been “a long time in the making”.

“The company’s fall from established FTSE 100 constituent to mid-cap has reflected past strategic errors; but, more recently, the business had been going through significant changes even prior to the Covid-19 pandemic. Indeed, the measures taken today underline the degree to which the economic impact of the virus has super-accelerated many of the trends that were already sweeping through retail and other sectors.”

As a result of the rapidly changing shopping habits, industry analysts expect further pain for the high street. Julie Palmer, partner at Begbies Traynor, said “The reality is the moves M&S is having to make will likely be echoed across the retail sector for brands that have not undergone huge structural change before the pandemic lockdown”.

The cuts will mainly affect shop workers, with about 12 per cent of shop assistants losing their jobs and 17 per cent of shop managers. The cuts are in addition to the 950 redundancies announced last month when the retailer removed a shop manager role. Marks & Spencer employs about 78,000 staff with about 60,000 in shops. The rest of the cuts will be made in the buying and sourcing departments of its clothing and home division as well as cuts to supporting-staff roles in head office.

The retailer said that during the crisis it had learnt how employees could “work more flexibly and productively with more colleagues multitasking and transitioning between food and clothing & home”.During the crisis M&S furloughed 27,000 employees but has since brought back 13,000 workers.

Usdaw, the shop workers union, urged M&S to “abandon its long-held resistance to allowing Usdaw to represent the staff”. David Gill, Usdaw national officer, said: ““Usdaw has thousands of members working for Marks and Spencer and the staff now, more than ever, need the representation and support of an independent trade union; an experienced and knowledgeable union interrogating the company’s business case for these job losses.”

It expected a significant proportion of the M&S job losses will be through “voluntary departures and early retirement”. It added that it would also be creating new jobs as it invested in its online operations and said it was hiring 350 roles at a new food warehouse in Milton Keynes.

There are no new shop closure announcements but the retailer has already said that it plans to shut 100 branches by the end of 2020 as it looks to shift away from high streets and towards retail parks, which have higher footfall and attract more family shoppers. M&S has already closed 56 shops and is expected to accelerate its plans following the crisis.

Steve Rowe, 53, chief executive, said the job cuts were part of M&S’s new “never the same again” programme announced in May. He said the business wanted to “learn from the crisis, accelerate our transformation and deliver a stronger, more agile business in a world in which some customer habits were changed forever.

“These proposals are an important step in becoming a leaner, faster business set up to serve changing customer needs and we are committed to supporting colleagues through this time.”

It is understood that Mr Rowe committed to giving 20 per cent of this year’s £810,00 salary to charity at the start of the crisis, although the company did not announce it unlike other retailers who have publicised their board’s pay cuts in return for receiving government support. Mr Rowe is not receiving a bonus for this year or next and reduced his pension supplement to zero. M&S has cancelled its dividend to protect its balance sheet in the wake of the crisis.

However, analysts at Investec said they believed the changes would mean the “business will emerge from the pandemic more streamlined and in a stronger market position”. Analysts at Berenberg added that the restructuring would lower the retailer’s cost base for next year and prepare it for lower shop sales in the future.

M&S is now prioritising online growth and will start selling groceries through Ocado from September 1, after agreeing £750 million deal to replace Waitrose.