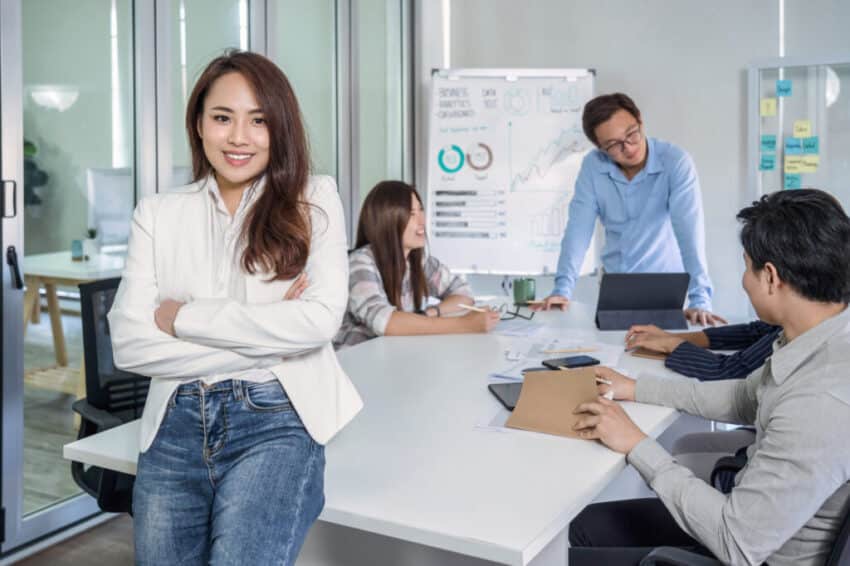 Women business owners could be making even greater sacrifices than their male counterparts this year as they contend with challenges from the pandemic, a new survey of small business owners has found.

The research found that in the coming year a large majority of female small business owners do not expect to take time off work, whereas under half of men don’t expect to.

Women-owned businesses are less likely to have reopened following lockdown

The sacrifices that women business owners are anticipating could be attributed to how quickly they have been able to return to normal business levels. Women were less likely than men to report having returned to pre-Covid activity, with 14% of women reporting business was at normal levels compared with 21% of men.

The research found that nearly a quarter of women-owned businesses are still closed following the lockdown, with 23% reporting they are not trading, compared with just 14% of male-owned businesses. This could have wider implications for the UK economy as, according to the Department for Business, Energy and Industrial Strategy, women-led SMEs are estimated to contribute around £85 billion to economic output.

When asked about what sacrifices they had made for their business, almost half of all UK business owners reported going without a salary, however, female small business owners were more likely to have forgone a salary during the pandemic. Half of the women (50%) responding to the survey reported that they hadn’t taken a salary since the beginning of the lockdown, compared with 47% of men. Looking ahead, female business owners were more likely not to take a salary over the next 12 months, with 42% saying they expected to go without wages compared with 38% of men.

Samantha Guilfoyle is the founder of S G Accountancy and a single mum with three children: “A lot of women – even subconsciously – feel that their role is to be a mum and the primary carer for their children. This isn’t because this is forced upon them, but they’re worried about being judged if they put their business first. This holds women back unnecessarily without them even realising they’re being held back.

“The main sacrifice is the toll it’s taken on me personally – I’ve wound myself up worrying about how other people are keeping and I’ve done an awful lot of free work for people I’ve worked with before. Unfortunately there’s been minimal invoice work, so whilst I’ve just been trying to do the best for the community, my income has taken a hit. I’ve also missed my own salary payments, but I don’t pay myself much anyway. Normally I’d work part-time through the summer so that I can spend time with my kids and go out and enjoy life. We’d normally be at the beach in the van now. But this year we haven’t done any of that – I’ve worked more hours but invoiced a lot less.

“My drive to battle through is the fact that I want security for my children. The whole world has been dropped in the deep-end of something that we know nothing about. There is no right or wrong way to go through this. It’s just about having enough confidence in yourself to do what is best for you and your family – that’s all you can do.”

When looking at all business owners in the study, it’s clear that not going on holiday with family, partners or children was the biggest sacrifice made during the crisis. This was followed closely by having to use their own savings to finance the business, and just under half of all business owners saying that they made the decision not to pay themselves a salary.

Seema Desai, Chief Operating Officer of iwoca, who conducted the research, said: “The pandemic has fundamentally changed the way business owners operate and many will be making sacrifices they have never had to consider before. It is clear that the last few months have been extremely challenging for all businesses.

“Women-owned businesses make a huge contribution to the economy, so it is incumbent on everyone working within the small business community to ensure we’re doing enough to support them.”