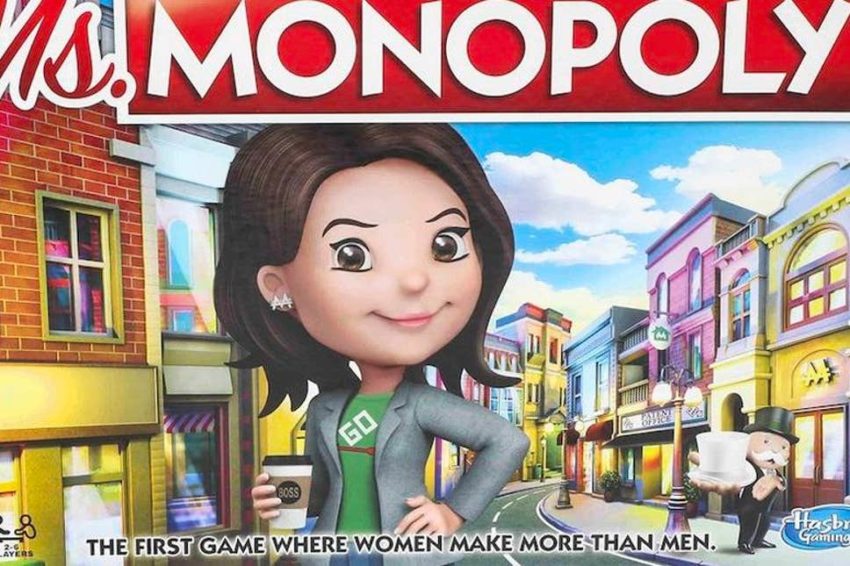 A new ‘feminist’ version of Monopoly has been unveiled in which female players get more money than males in an attempt to “teach children about the gender pay gap”.

In the game, female players will receive £240 for passing go, while males will only receive £200.

Hasbro, the company responsible for the new edition of the popular board game, said that it released Ms. Monopoly to celebrate female empowerment.

And for the first time in the franchise’s history the white moustached, top-hatted male mascot who appears on the front of the game has been replaced by a female mascot.

In a statement, Hasbro said: “It’s a fun new take on the game that creates a world where women have an advantage often enjoyed by men.

”But don’t worry, if men play their cards right, they can make more money too.“

Jen Boswinkel, senior director of global brand strategy and marketing for Hasbro Gaming, added that the intention was for women to get an advantage from the start.

Instead of buying property, players invest in inventions created by women, such as Wi-Fi, solar heating, “modern shapewear and chocolate chip cookies”.

Female players will still run the risk of jail time, luxury taxes and chance cards, however.

New tokens will also accompany the game, including a barbell, a glass, a jet plane, a watch and a white hat.

Then game appears to make light of the gender pay gap, jokingly suggesting that it evens the playing field by finally paying women more than men.

On social media, critics have attacked the game for virtue-signalling.

Annika H Rothstein wrote: “So I guess this progressive new Monopoly-take is that women can’t win without preferential treatment and handouts? Way to be feminist.”