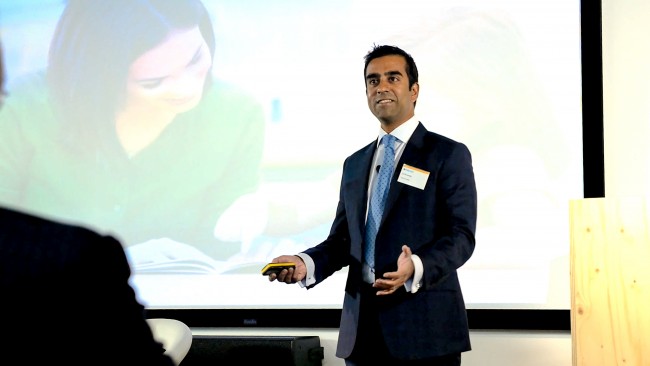 The study shows how entrepreneurs in these Asian markets cite differing motivations, achievements, and barriers to business owners in the West.

Entrepreneurs in the Asia region display notably different career trajectories with many tending to start earlier and relying more heavily on support from family and friends. The average age for these entrepreneurs to set up their first business was 29. Four in ten of those surveyed are still under the age of 35.

Becoming an entrepreneur is a much more conscious and explicit decision for people in these Asian countries. Business owners only come to think of themselves as an entrepreneur during their professional development, either at university or college or once they had gained an amount of professional business experience. This compares to countries such as France, Germany, United Kingdom and the United States where people are significantly more likely to have always thought of themselves as entrepreneurs.

Women have forged ahead in creating and running businesses in these Asian countries. 40 per cent entrepreneurs are female, and nearly half of these are under 35.

In Hong Kong the ratio of female to male entrepreneurs is almost even, while in Singapore and mainland China it is slightly lower. Meanwhile, despite initiatives to increase the number of female entrepreneurs in the West, just 31 per cent of business owners surveyed are female, with the lowest proportions in Germany and the United Kingdom.

“Despite being more interconnected and globalised than ever before, this study reveals that culture, society and economies can have a significant impact on what it means to be an entrepreneur in different regions,” said Nick Levitt, Head of Global Solutions Group at HSBC Private Bank.

“Entrepreneurialism runs deep in Asian countries and often across multiple generations, so it is natural to have so many relatively young entrepreneurs in these markets. In fact, many of today’s young entrepreneurs come from families with their own businesses where there was opportunity to acquire the necessary skill set and experience that can position them for success. ”

Driven to succeed: From growing an empire to becoming a serial entrepreneur

Entrepreneurs in Asia are much more likely to be focused on their ventures for the long-term than their Western counterparts. This is most true in mainland China where less than a quarter intend to exit compared with those in United Kingdom where over half expressed the intention to sell their business.

It is also notable that while entrepreneurs in these markets are running larger businesses, they are less personally wealthy than business owners in the West. On average, entrepreneurs in Asia say that their main venture has a turnover of USD12m, more than double those in the West. However, their personal wealth averages in the region of USD16.2m, 26% less than Western entrepreneurs.

“Once they reach a certain level of wealth, many Western entrepreneurs branch out into many other ventures or move on to new projects,” commented Nick Levitt. “For Asian entrepreneurs who are proud to have built successful empires, there is more of a focus on consolidating and growing their current enterprise.”