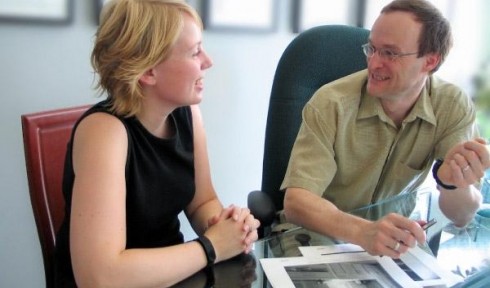 YouGov research, commissioned by Yoodoo.biz, the business advice website, has found that a massive 93 per cent of British adults see themselves as having a part to play in Britain’s economic recovery and only 8 per cent of people believe that the economy is unable to support new businesses.

Over a quarter of people believe that the way to improve the economy is for more people to start their own businesses rather than wait for jobs to appear from somewhere and nearly one in three agree that people should be spending less time seeking profits from house prices and more time making money from ‘real’ work.

Tony Heywood, CEO and founder of Yoodoo.biz comments: “It is clear that the British public know there is hard work ahead and they are prepared to get stuck in and do their bit to help in the recovery of the economy. However they need the support and inspiration from their leaders – which wasn’t evident in last night’s debate.

“One of the most contentious issues in the final Party Leaders’ debate was the future of the Regional Development Agencies- which provoked fierce confrontation between Gordon Brown and David Cameron. The future of our economy lies with the wealth of undiscovered entrepreneurs; a huge community at the grass roots simply not served by the likes of RDAs and Business Links. Whichever party comes into power next week must harness this enthusiasm for entrepreneurship with coherent, joined-up polices which offer help and advice for people setting up a business of their own; whatever their previous experience.”

Over one in four British adults believe that the Conservatives are the political party most likely to boost small businesses and encourage budding entrepreneurs to set up new businesses. Labour are lagging behind with only 19 per cent of Britons saying that they would be the best party in power to help budding entrepreneurs and just 7 per cent of people put their trust in Nick Clegg and the Liberal Democrats to stimulate the green shoots of recovery.