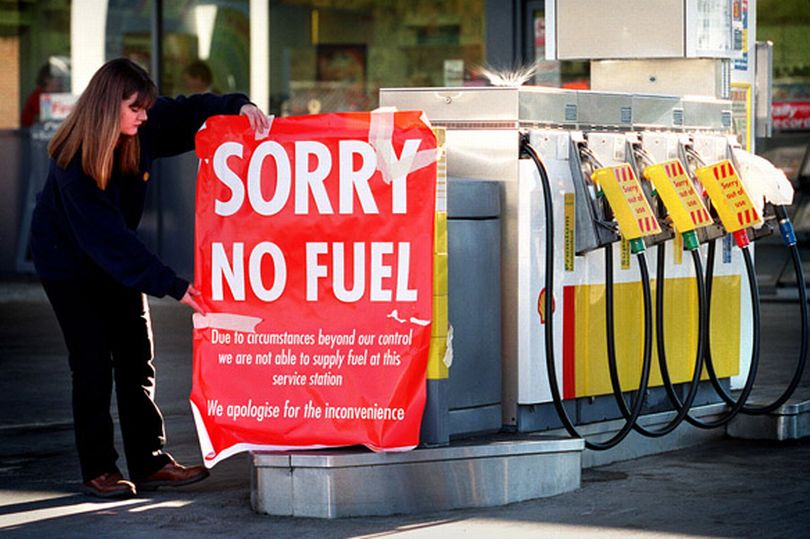 The future of the UK’s fuel refineries could be threatened by a no-deal Brexit, according to a recently published internal local authority document.

Under current government plans for no deal, they face a “danger to viability” from cheaper imports, while exports to the EU are set to be hit with tariffs.

Concern is widespread in an industry deemed crucial for both economic and national security.

The government said it was working with the industry to prepare for Brexit.

“We will continue to work flat out to prepare for the potential impact on UK refineries in the event of Brexit without a deal, and to be responsive to the needs of all UK businesses and consumers both as we prepare to leave the EU and afterwards,” it added.

There are six major petroleum refineries in the UK, supporting around 120,000 jobs directly and contributing about £8.6bn to the economy.

They turn crude oil into petrol and diesel as well as products such as jet fuel.

The concern, which is shared by both the Scottish and Welsh governments, relates to the UK government’s decision not to apply tariffs – taxes on trade – to imports of petrol in the event of a no-deal Brexit.

The decision was made to lessen the inflationary impact on prices in the event of a no-deal Brexit.

The current tariff on fuel imports from non-EU countries is 4.7%.

However, under World Trade Organization (WTO) rules, a zero tariff rate must apply to petrol imports from all countries, opening up the UK to Russian fuel imports.

At the same time, the EU has said it will apply a tariff, under WTO rules, of 4.7% to UK exports, making the trade with, for example, Ireland “uneconomical”, according to insiders.

While a flood of cheaper imports could initially mean lower fuel prices for consumers, the industry says relying on foreign suppliers will ultimately lead to higher prices.

But the government has also said that reversing its no-deal zero import tariff plan would lead to higher prices for consumers.

The Irish market is of specific importance to the Pembrokeshire refinery run by US firm Valero.

A document from Anglesey Council says: “Pembrokeshire Valero is a significant contributor to overall UK fuel supply and if they cannot compete on equal terms with EU markets, then there is a danger to their viability.”

Stephen Marcos Jones of the UK Petroleum Industry Association says the changes to tariffs, “distorts the competition for us, it means the importers have an advantage over the UK refining industry”.

“We could end up in a situation where it becomes extremely uncompetitive for a domestic industry to stay in the UK,” he adds.

The issue has been raised at the key no-deal Cabinet planning sub-committee. And the threat of zero import tariffs to two UK refineries was mentioned in the leaked Operation Yellowhammer government planning document published on Sunday.

The problem is that opening up the schedule of no-deal tariffs is bound to lead to demands from other industries aggrieved at not getting the same protection.

Although the industry denies it, some in government fear that charging tariffs on all imported petrol will simply raise prices for consumers, in a visible manner.

The local authority documents also reveal a range of contingency plans and discussions around possible, though not expected, fuel shortages following a no-deal Brexit.

Aberdeen City Council lists as a low risk “reduced/lack of fuel affecting waste disposal, school transportation etc”, and says that it has two weeks of bunkered fuel. But it also says that the “NPA [the UK-wide National Planning Assumption] suggests that fuel shortages will largely impact on the south east, however fuel costs are likely to increase and fuel supply could be an issue”.