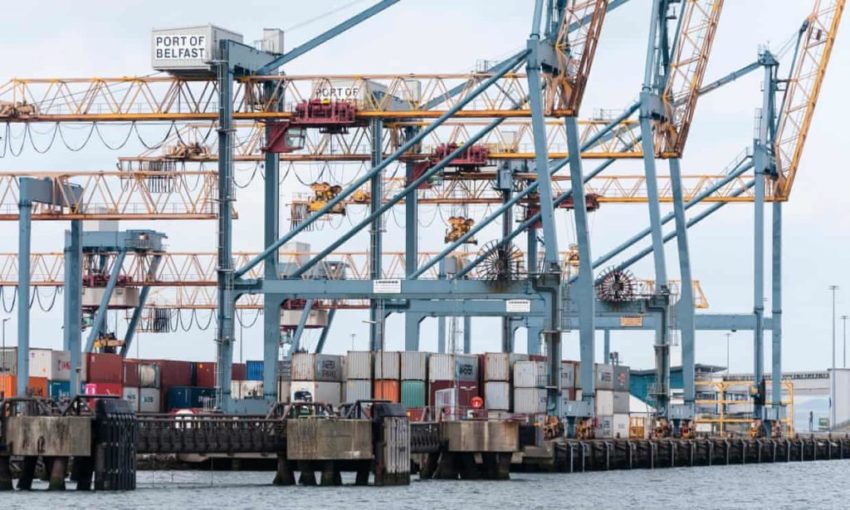 Boris Johnson is facing demands for financial compensation that could run to more than £100m for any disruption caused by Brexit to Northern Ireland’s businesses.

Leading entrepreneurs who met political leaders in a local summit on Friday, fear the trade barrier down the Irish Sea will mean higher costs for consumers and businesses.

“People here did not vote for this future, we should not be expected to pay the price for it in jobs and lost opportunities,” said Colum Eastwood, the newly elected MP for Foyle and leader of the Social Democratic and Labour party.

Business leaders representing 12 sectors in the region have received cross-party support from the Democratic Unionist party, Sinn Féin and two newly elected Northern Irish parties for four amendments to Brexit legislation. They will be debated this Wednesday.

Senior government sources have warned of the “high hurdles” that the group faces to get its amendments through but the business groups say they will continue the fight in London, Dublin and Brussels to mitigate the profound impact Brexit will have locally.

“In the best-case scenario, these amendments go through, and we have protected Northern Irish businesses and consumers.

“In the worst-case scenario, we have raised and waved a very large flag in Dublin, London and Brussels that Northern Ireland ‘sorted’ is simply not true,” said Aodhán Connolly, director of Northern Ireland Retail Consortium, one of the 12 groups behind the amendments.

They are seeking legal guarantees for “unfettered” trade across the Irish Sea and future consultation with the devolved government over any new Brexit regulation affecting Northern Ireland.

Their fourth amendment, which was not published over the weekend, calls for compensation.

It states “no additional official or administrative costs consequent on any such regulations may be recouped from the private sector”.

While no figure has been put on the cost, Connolly said the scale of it was clear.

“Around the room on Friday it was very clear that for each of the industries the additional costs could run to tens of millions each,” he said, spelling out a potential cost of more than £100m across the board.

The groups behind the amendments include the Ulster Farmers Union, the Confederation of British Industry, Manufacturing Northern Ireland, the Dairy Council and the Northern Ireland Food and Drink Association.

The government is unlikely to be defeated but Johnson could face political pressure as he promised unfettered trade during the election campaign.

Johnson has promised that Northern Ireland businesses will face “no barriers of any kind”, even telling exporters during the election campaign that if they were asked to fill in any paperwork, they should telephone him directly and he would tell them to throw it in the bin.

His remarks were challenged by the EU and by Ireland’s deputy prime minister, Simon Coveney, who said it was “very clear” when the deal was done that there would have to be checks on goods coming from Great Britain to Northern Ireland.

This is because under Johnson’s revised withdrawal agreement, Northern Ireland will continue to follow the EU customs code, which includes customs declarations and other formalities.

Arlene Foster, the leader of the Democratic Unionist party, also accused Johnson of breaking a personal promise he had made to the party.

Connolly said the business groups were trying to work with the government and not “bash” them over Brexit. It was “common sense” that a lorry carrying 1,000 different goods would face disruption, with as many as “800” of the goods facing sanitary and phyto-sanitary checks coming into Northern Ireland.