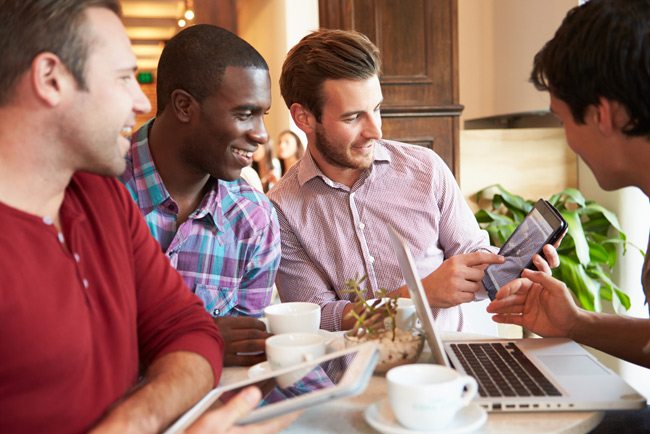 The report compared pre-recession company formation rates in 2006 with latest statistics in 2013, showing an astonishing increase in all age groups – but particularly amongst those under 35. In 2006 there were 145,104 companies founded by people in that age group. By 2013 it had jumped to 247,049.

Emma Jones, founder of Enterprise Nation, said: “These statistics show that younger generations are no longer pinning all their hopes on finding the perfect job, they are taking their destiny into their own hands and creating a business around a skill, a passion or a hobby.

“This is not about lack of jobs, this is more about seeing opportunity and feeling empowered enough to rise to the challenge.”

These latest findings tally with other research from earlier this year which has pointed to the fact that those still in education see entrepreneurship as an important career path.

According to UnLtd, more than 55 per cent of young people aged 16 to 25 now want to set up their own firm. And a report from Santander estimates that 80,000 UK university students run a business, with a quarter of these planning to turn it into a career when they graduate.

Matthew Rock, editor-in-chief, DueDil said: “It’s only when you look at the evidence that you see how great the shift is in young people deciding to start a business as opposed to getting a job. This is data we will continue to watch to see if the young continue to run these start-ups as the economy picks up.”

The Dueldil and Enterprise Nation figures show 74 per cent of these young firms are run by men, while 26 per cent are founded by women. Younger entrepreneurs are now also less likely to co-found. Statistics show 66 per cent in 2006 started-up with a partner, while in 2013 that had dropped to 42 per cent. This trend was also seen in the older age range.

The statistics show there was also an increase in those registering companies in the over 35 bracket, with a 55 per cent increase in this age group over the same time period.

The figures showed the trend was not solely London-focused. The areas that saw the biggest percentage rise in young founders were: North Ayrshire, with a 169 per cent increase between 2006 and 2013; Blaenau Gwent at 161 per cent; the Western Isles, 150 per cent; West Dunbartonshire, 144 per cent; Midlothian, 117 per cent; Merthyr Tydfil, 113 per cent; and Greater London with a 110 per cent rise.