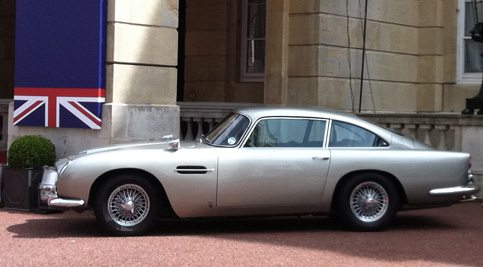 As Creative Content Day gets underway, firms announced deals that could bring in up to £82.5m of investment and create at least 35 jobs, and UK Trade & Investment announced a new strategic partnership worth £400,000 to support the British film industry.

Meanwhile, Creative England announced a national business development fund of up to £1 million, part of a £5 million allocation from BIS’s Regional Growth Fund, to support creative and digital businesses across England.

The Creative Content Day, one of 18 events being organised by UK Trade & Investment over the Olympic and Paralympic Games, brings together 280 UK and international businesspeople to discuss new business opportunities, forge new partnerships and learn from successful individuals and enterprises.

Minister for Culture, Communications and Creative Industries Ed Vaizey said: “The UK has one of the strongest creative content sectors in the world: we export more TV formats than any other country; we have the world’s third largest film industry; we are Europe’s largest games developer and we are one of only four countries publishing more than 100,000 titles every year.

“This means that the UK is well placed to grasp the enormous potential for growth presented by the digital age. New technology is providing people with far more ways to access and consume content when and where they want, and the UK’s creative content producers have never had greater opportunity to grow into new markets and directly reach new customers with the content they produce.”

Stella McCartney will speak about the ‘Business of Fashion’; actor Rupert Grint, who starred as Ron Weasley, will take part in a panel looking at the secrets behind the success of the Harry Potter films, which also includes Producer David Heyman; and Michael Morpurgo, whose book War Horse was made into an award-winning play, and a film by director Stephen Spielberg, will discuss the role of writers as creative catalysts.

Other speakers include Julian Fellowes, writer of television drama Downton Abbey, and Steven Moffat, writer of television series Sherlock, both of which have been sold to over 200 territories. Television formats will be also discussed, including shows such as Dancing with the Stars, Masterchef and Undercover Boss.

The summit will also focus on the UK’s games and music industries, with participation from Ian Livingston OBE, the co-founder of Games Workshop; Sir Howard Stringer, Chairman of Sony Corp; and Daniel Ek, from Spotify.

The events come as Creative England announces a £1 million national development fund, supported by the Department for Business, Innovation and Skills’ (BIS) Regional Growth Fund, to help creative and digital businesses across the English regions. The fund, which can be used by British and overseas investors looking to establish UK development sites, will support small to medium-sized companies looking to develop new software, applications and content for markets including heathcare, e-learning and mobile applications.

And UK Trade & Investment (UKTI) announces a strategic partnership with Film London today to support the British Film Commission (BFC). This will provide an additional £400,000 over two years to the BFC’s budget and enable the commission to maximise its impact for the UK across the globe.