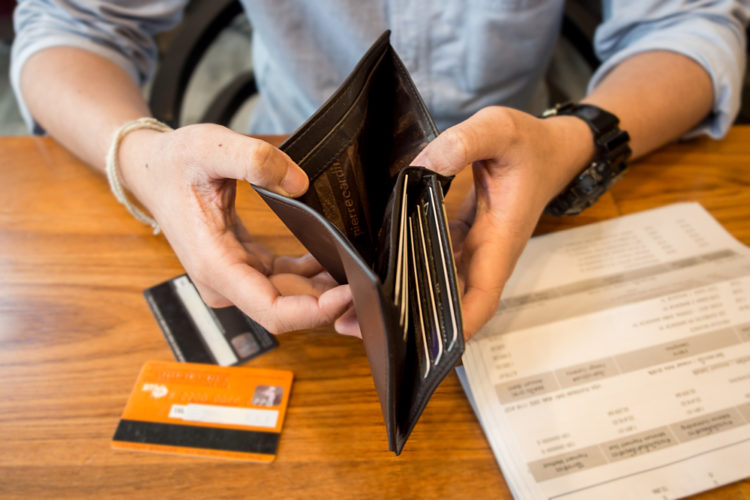 With household debt in the UK ‘worse than at any other time on record’ a study into the scale of debt people possess and whether they consider it to be manageable.

Some people may only associate debt with a mortgage or student loan, when in fact personal loans, household arrears and credit cards are among the debts that Brits worry about most. Debt can have an effect on someone’s physical and mental health, with 55 per cent of people in household arrears worrying on a daily basis.

As a result, those who struggle to cope with the money they owe, also known as problem debt, are eight per cent more likely to suffer from anxiety or depression – roughly 81,000 people in the UK.

A further contributing factor is that many feel they have been unfairly treated by those responsible for collecting their debt. 52 per cent of those who have been approached by bailiffs claim to have been treated poorly, compared with 35 per cent dealing with local authorities and 32 per cent payday lenders.

But despite these concerns, seeking aid isn’t always a priority. 41 per cent of those with debts have never sought any form of financial advice. Most consider their debts to be at least partially manageable, with only six per cent on average considering theirs to be completely unmanageable1.

Over a third are aware of the sacrifices that need to be made, with 38 per cent being unable to go on holiday as a result of their financial situation. An additional 34 per cent are unable to purchase everyday items and socialise as much as they would want. Seven per cent feel unable to think about getting married or having children as a result of their debt.

Sally Francis-Miles, money spokesperson at MoneySuperMarket, that commissioned the survey, commented: “Some debts are entered into as part of a financial plan, such as a mortgage, but when an emergency situation leaves them unable to pay, many feel left without a choice and turn to high-cost options such as payday loans or expensive credit cards.

“Money worries can cause extreme stress, and leave people feeling alone and desperate but there are many advice services available to help, including debt-help charities and the Money Advice Service. Seeking help and support can make all the difference if you or someone close to you is struggling with their financial situation – there’s always a way out of a debt spiral.”