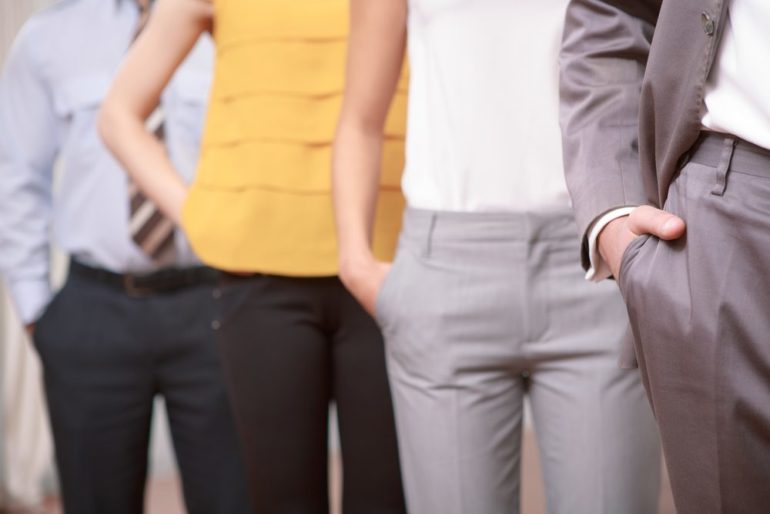 A new study has revealed that one in four British women have been warned about their appearance in the workplace.

Reasons such as wearing too much makeup or their skirt being too short are just a few of why women are being pulled up on how they appear at work; compared to just one in nine men, who are typically pulled up for not being clean shaven or wearing the wrong footwear.

Alarmingly, a third of women pulled up on their appearance at work were deemed ‘a distraction’ to their male colleagues.

Wearing too much makeup and not being clean or neatly shaven are the top reasons that Britons get called out by their managers at work for their appearance – with women being called out more often than men.

The research was carried out as part of an ongoing study into British expenses on their appearance. 2,384 Britons aged 18 and over, all of whom stated that they were in full-time employment, were quizzed about their appearance and how it differed at home and in the workplace. There were an equal number of male and female respondents.

Initially, all respondents were asked ‘What’s the dress code in your workplace?’ to which the top responses were ‘formal’, ‘a set uniform’ and ‘smart casual’. All respondents were then asked if they had ever been spoken to by management about their appearance, to which one quarter of the female respondents said they had been, compared to just 9 per cent of British men.

All female respondents were asked why they had been pulled up by their management on their appearance. When provided with a list of possible reasons why and told to select all that applied, the top five responses were as follows:

A third of female respondents called up on their appearance stated that a key part of them being spoken to was because they were deemed ‘a distraction’ to their male counterparts.

Similarly, all male respondents were asked to state why they’d been pulled up on their appearance by management. When provided with a list of possible reasons why and told to select all that applied, the top five responses were:

George Charles, spokesperson for www.VoucherCodesPro.co.uk, commented on the findings: “It’s OK to pull up a member of your staff on their appearance if you genuinely believe that they’re breaking their contract in anyway, or even if it poses some sort of health & safety risk, but you just can’t tell women to change their appearance because they’re possibly going to be distracting to their male colleagues. That’s outrageous.

“It’s definitely interesting that women felt singled out, angry and embarrassed, and went on to make changes to their appearance so as not to be called out again, yet most men didn’t care too much about the warning they received and didn’t make changes anyway. It’s definitely food for thought, but it can’t be one rule for one and another for someone else; be consistent.”