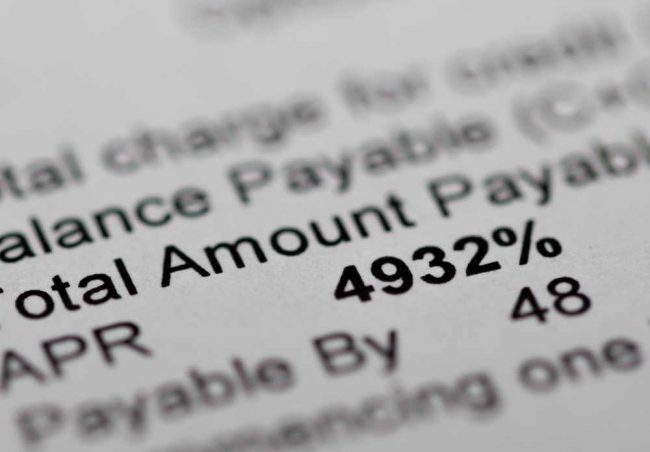 Complaints against payday lenders have soared to a 5 year high says industry watchdog – and the trend isn’t slowing down.

As more and more cash strapped Brits turn to alternative methods of financing, unsavoury lenders are dishing out loans with exorbitant interest rates.

There were around 40,000 new complaints brought last year which means essentially they were up a gut-wrenching 130% from the 17,000 from the previous year stated the Financial Ombudsman.

Payday lenders point fingers at Payday Loam reclaiming services for the boosts in complaints rather than the customers actually complaining themselves. However, the financial ombudsman has little sympathy due to payday lenders continually leaving consumers struggling with mountains of debt.

It wasn’t until a review in 2014 conducted by the Financial Conduct Authority, payday loan companies could fundamentally charge whatever they liked – essentially free of any regulatory rules and standards for assessing borrower affordability. This then meant that payday loans companies regularly lent funds to consumers that couldn’t afford to pay back – leading to much needed regulation in the sector.

It was only reported just 17 hours ago that The Money Shop has set up an £18,000,000 compensation post for customers who were leant money that couldn’t afford the repayments. The Money Shop has shrunk significantly in size of late from 600 stores to just 200 – nearly a year since once-leading lender Wonga collapsed.

However, fresh fears have recently emerged as to peoples reliance on short term and Payday Loans with a worker poll stating that 2 out of 5 employees have missed work due to not being able to afford transport – and then turning to Payday Loans as a solution.

In 2015, the FCA enforced a new set of guidelines that payday lenders had to abide by, these included:

These rules were put into place to ensure that firms could only lend to borrowers who can actually afford them and to increase borrowers awareness of risk and costs associated with taking out a payday loan.

The number of payday loan applications that were actually accepted did fall by 42% and that resulted in a saving for the general public in fees of over £150,000,000 (and that’s a big number).

Despite those figures though, lenders are still failing to truly assess a prospect borrowers financial means – to ensure that they will be able to pay back any monies owed. Most statistics show that reasons for borrowing in the first place were down to cash flow that can’t or won’t necessarily be replaced in the short-term meaning that they’ll lapse on their loan agreements and find themselves in hot water pretty quickly.

Because of this, third party companies are offering a payday loan claims service which enables them to claim back money if they’ve been leant to irresponsibly. Already, consumers have seen quite an uptick in success rates of getting back money that they were extorted of at the hands of irresponsible lenders and I can’t help but feel that this is justified.