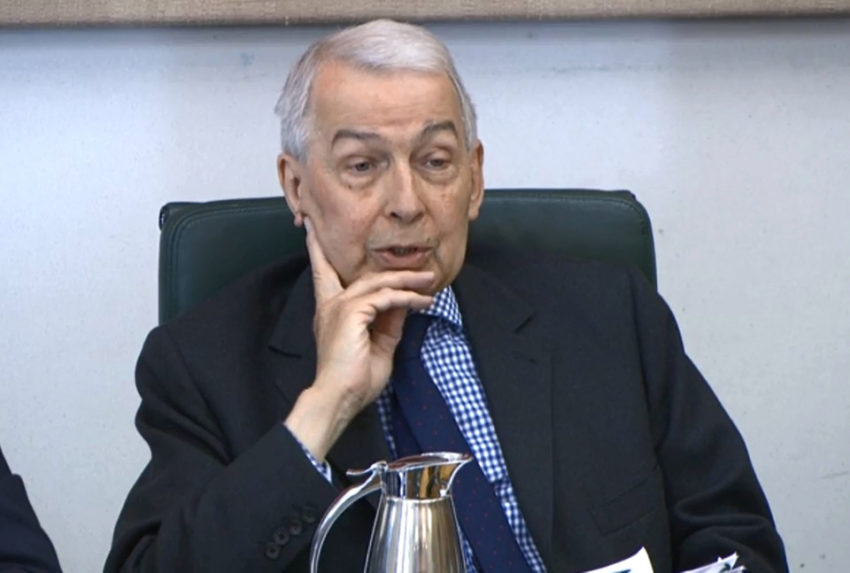 The boss of the Pensions Regulator (TPR) is set to face a grilling from an influential committee of MPs later this week over the watchdog’s deal with Sir Philip Green to help save his fashion empire from collapse.

Charles Counsell, the chief executive of TPR, is to appear before politicians just weeks after Green agreed to pump an extra £25m into his Arcadia Group’s pension fund in exchange for the TPR’s support in a crunch creditor vote over his rescue proposals for the firm.

The embattled mogul’s deal with the TPR, which came on top of an original £50m offer to plug the company’s black hole, helped pave the way for a narrow victory earlier this month when Arcadia received the 75 per cent approval it needed to launch a cost-cutting insolvency process known as a company voluntary arrangement (CVA).

Frank Field, the chair of the Work and Pensions committee that is set to question Counsell on Wednesday has said that he wanted answers from Counsell over why the TPR settled on £25m.

In April the US private equity firm Leonard Green & Partners wrote down the value of its 25 per cent stake in Arcadia’s Topshop chain after selling it back to the business for 76p, having bought it in 2012 for a reported £350m.

Field, a long-time critic of Topshop tycoon Green said yesterday: “Leonard Green, who bought a quarter of Arcadia when they thought things were going ok, sold it back to Philip Green for a buck. That is obviously saying these assets are worthless, so why did the regulator think differently from Leonard Green?”

When Arcadia pushed through its CVA earlier this month, the Work and Pensions committee wrote to the Pensions Regulator demanding “further clarity and assurances” over the cash and assets that will be available to plug the firm’s pension scheme deficit.