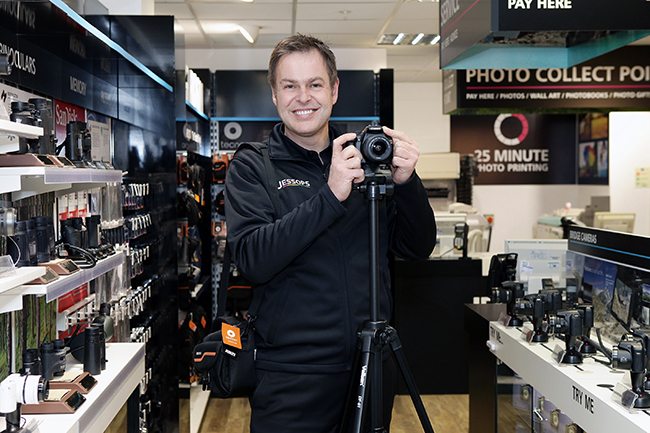 The new company will initially create 500 jobs with an aggressive store opening and the relaunch of an online entity.

Jones, who paid £2million for what was left of the firm last month, is re-opening six shops on Thursday in London, Manchester, High Wycombe, St Albans, Birmingham and Aberdeen, with the majority of staff made up from 1,370 workers left unemployed when all 187 sites shut their doors three days after administrators were called in and in.

Plus in the coming days 30 more are due to open at a rate of one a day as the plan is to have all stores open by the end of April and first-year sales of £80million are being forecast.

On rescuing the business two months ago, Jones initially hinted that the future of Jessops would be online only, but after sending a tweet confirming he had bought the company he was inundated with CVs from former employees.

Explaining how he fell for the Jessops pitch, he said: “I was abroad in January when I heard Jessops had gone down and was shocked because I had only bought a Canon camera for [partner] Tara at a store two months previously. When I got back to the UK I immediately put the calls in, culminating in several all-night negotiation sessions, but I was absolutely determined to get the business because it was such an iconic brand of which I was a customer.”

Jones also warned that the venture could mean walking away from the BBC show he is famous for if Jessops becomes a big success again.

“I’ll struggle to do both this and Dragons’ Den. I’m going to have to see. However, I’m very committed to the Den and the BBC and have been there since the beginning, so they might not be able to get rid of me.”

In 2002 the venture capital arm of Dutch bank ABN Amro – whose purchase by RBS in 2009 is regarded by many as being the main reason the bank found themselves in such deep financial problems resulting in them being bailed out by the UK government- bought Jessops for £116m.