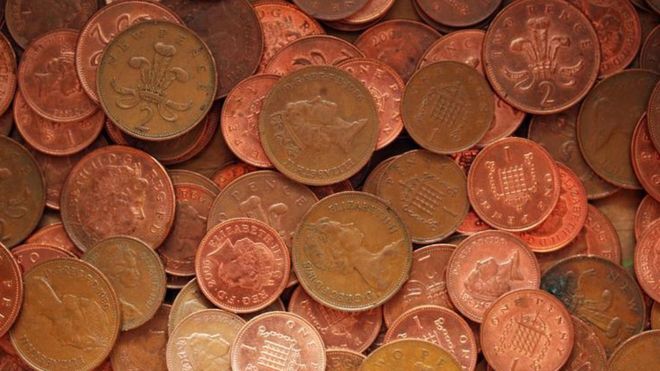 Chancellor Philip Hammond will this week rule on the future of 1p and 2p coins, a year after he called them “obsolete”.

In his Spring Statement in 2018, a Treasury consultation about the mix of coins in circulation appeared to pave the way for the end of both of them.

A swift reverse by the Prime Minister’s official spokesman declared there were no plans to scrap the copper coins.

The Treasury has declined to comment on a report that there will be a reprieve.

But it confirmed that “the result of the review will be announced shortly”.

The Mail on Sunday quoted a government source as saying: “We will confirm the penny coin won’t be scrapped.”

That Treasury consultation document said surveys suggested six-in-10 of UK 1p and 2p coins were only used once before being put in a jar or discarded, while one-in-12 were thrown into a bin.

The value of the 1p coin has also been reduced by inflation so, in effect, the 1p coin is now worth less than the halfpenny when it was abolished in 1984.

Among many of those who support the continuing use of copper coins, the belief is that retailers would simply round up prices to the nearest 5p if copper coins were scrapped.

But writing on the Bank of England’s blog, Bank Underground, staff members Marilena Angeli and Jack Meaning last year argued that – even if this happened – it would have little or no effect on the cost of living, as measured by inflation.

They also argued that the growth of non-cash payments – particularly contactless cards – meant that shoppers could still be charged the exact amount when paying by card.

Thirdly, the duo quoted figures showing that only 12% of prices ended with 99p, with a falling number of items now priced at, say, £1.99.

Many countries – including Canada, the home of Bank of England governor Mark Carney – have ditched their low denomination coins. Australia, Brazil, and Sweden are among many others to do so.

Speaking about the impeding announcement the Federation of Small Businesses National Chairman Mike Cherry said: “The Government should keep the one and two penny coins in circulation.

“While a growing numbers of transactions are electronic, cash is still an essential part of the mix for small businesses as well as consumers.

“A firm wanting to charge 99p should still have the freedom to hand a penny change to a customer paying with a £1 coin.”

At the 2018 Spring Statement, Chancellor Philip Hammond announced a Treasury consultation into the future of the current mixture of coins in circulation with a decision expected soon.