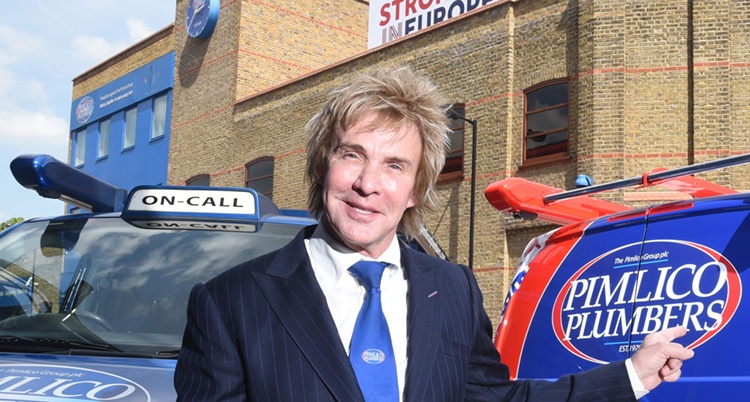 Entrepreneur Charlie Mullins OBE, founder and CEO of Pimlico Plumbers, has announced his intention to stand as an independent candidate in the 2020 Mayor of London elections.

Mullins founded Pimlico from his basement in 1979 and the business is now the UK’s largest home service company, serving private and business customers across central and greater London.

As a family run business, Pimlico has also invested heavily in apprentices over the years and this is at the heart of Mullins’ plans if his campaign is a success.

Speaking about his plans, the Business Matters columnist said: “We are now experiencing a backlash against our great capital and its inhabitants, the first example being what happened in June 2016, and somebody has to stand up for London and make its voices heard. This is why I have decided to stand as an independent candidate for London Mayor, in 2020.

“I reckon I have the credentials to do the job, and with the right team behind me, I know I can make a difference at a time when there is every chance that we will need to fight, harder than ever, to retain London’s primacy, as an international trade centre, against huge opposition from cities like Paris and Frankfurt.”

He added: “And while one of my first policies will be to put an ambassador for London in Brussels to fight our corner, I believe that keeping London’s pride of place is about making it a better place for all its diverse citizens to live.

“This for me has always meant that there needs to be jobs, good, skilled, well paid jobs for everyone who wants them, which is why I intend to build London into a centre of excellence for skills training, based on my years of campaigning for apprenticeships.

One of my first polices, if elected, will be to make travel for all registered apprentices under the age of 25 free on the underground and the bus network.

“This will not only boost real wages for apprentices, but it will demonstrate to government that I am serious, and that all the policy suggestions I have made in the past are not expensive pie in the sky dreams, but serious measure to solve the UK’s skills gap.”