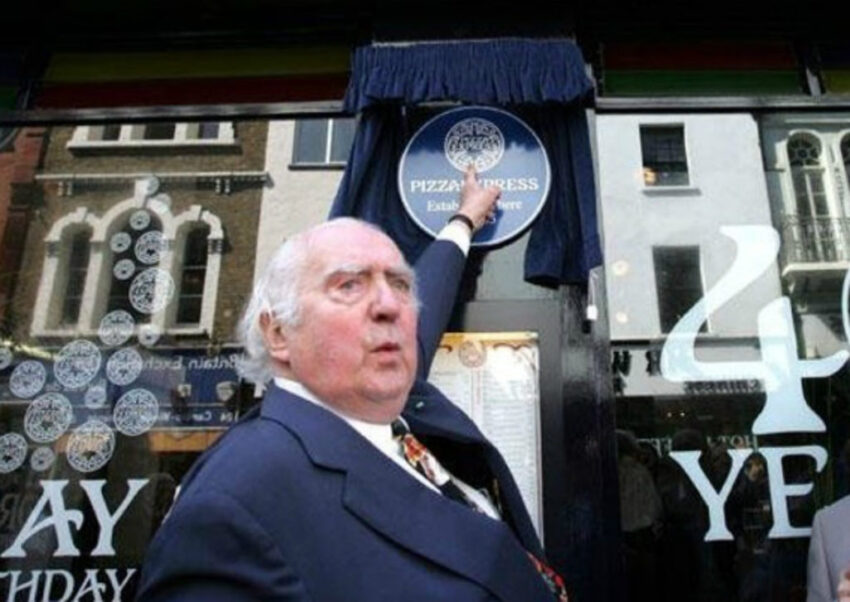 The founder of Pizza Express, Peter Boizot, has died at the age of 89. His sister, Clementine Allen, said he died at his home in Peterborough.

A serial entrepreneur, Mr Boizot opened the first Pizza Express in Wardour Street in London’s Soho, in 1965 and is credited by many with revolutionising the casual dining experience.

The brand now has more than 500 restaurants worldwide.

Pizza Express managing director Zoe Bowley said: “It is with great sadness that we announce that Peter Boizot passed away on 5th December 2018.

“In his 89 years, this remarkable entrepreneur achieved an astonishing amount, not just within the dining industry, but across music, sport, and charity as well.

“He launched a culinary revolution with the first Pizza Express in 1965, introducing delicious pizza and casual dining to the UK, inspired by his travels in Italy.

“His philanthropic work was renowned, raising £2 million for the Venice In Peril fund and he inspired the company to continue this charitable mission.

“Peter’s spirit and vision to bring great pizza to the UK and beyond, and his passion for good food and good times, will live on. We will miss him dearly.”

“The Pizza Express founder was a major part of the success in the late 1990s/early 2000s when Posh secured promotion at Wembley in 2000.

“Everybody at the football club would like to express our condolences and deepest sympathies to the family at this very sad time.”

Mrs Allen said her brother opened the first Pizza Express as a takeaway after “roaming about Europe and realising there wasn’t any decent pizza about”.

He took on the Wardour Street premises on a peppercorn rent, imported an oven and sold slices of pizza wrapped in serviettes to customers, she said.

After stepping down from the board of Pizza Express in 1996, he pledged to remain involved in the firm as president.

In 1993 he bought the Great Northern Hotel in his hometown of Peterborough.

Just last month he was recognised by the Pizza, Pasta and Italian Food Association with an award for his outstanding contribution to the industry.

Mrs Allen said: “He was a very interesting personality. He was a man of many parts and he did many things. He liked to be thought of as at the centre of his businesses and he had the loyalty of those who worked for him.”

Mr Boizot never married and did not have children.

Born in Peterborough in 1929, Mr Boizot was educated at King’s School and St Catherine’s College, Cambridge.

On his own website, he described himself as “an entrepreneur with a lifelong passion for jazz music, a football club chairman, the captain of a merchant ship, a chorister, jazz club owner, philanthropist, traveller, and much more”.