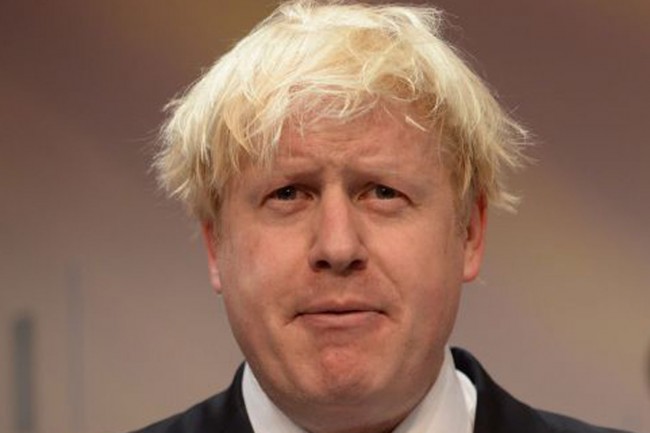 Bookmakers altered the odds of a Brexit from 29 per cent to 33 per cent and the price of insurance against devaluation soared to a four-year high in the options markets yesterday, as banks repeated their warnings that sterling could slump as low as $1.20 if Britain quits the single market — a level not seen since 1985.

Mr Johnson, the mayor of London, was accused of sparking a run on the pound after he became the highest-profile name to join the “leave” group, alongside Michael Gove, the justice secretary. “Boris has upset the apple cart in going against his party leader,” Richard Wiltshire, a currency trader at ETX Capital, said. “Everyone is now thinking it’s going to be a much closer-run thing than we previously thought.”

With the referendum officially set for June 23, Moody’s waded into the debate by declaring that a Brexit would put the nation’s AA1 credit rating in jeopardy. The ratings agency would consider “assigning a negative outlook to the rating following a vote to exit, pending greater clarity on the longer-term impact on the UK’s economic and financial strength”.

In a wild day on the currency markets, the pound quickly slumped by almost 2.4 per cent to $1.4059, a loss of 3.25 cents, as investors switched out of sterling assets. At that point, it was the steepest one-day fall against the dollar in the six years David Cameron has been prime minister and put the pound at its lowest level since early 2009.

Sterling later recovered some of its poise, ending around 1.8 per cent lower at $1.4144, still the lowest in seven years.

The decline was less pronounced against the euro, which also was hit by Brexit fears as investors calculated that the currency bloc would be damaged by Britain opting out of the single market. The pound was €0.0047 lower against the euro at €1.2837.

Currency strategists warned sterling was likely to remain under pressure up to the vote, with JP Morgan estimating it could dip to $1.38 beforehand. John Wraith, a strategist at UBS, said the pound was likely to “track the ebb and flow of the polls” in the coming months.

The pound will be at the epicentre of investors’ reaction as Britain is dependent on foreign capital inflows to pay its way. The UK’s current account deficit last year was a record 5.1 per cent. If the inflows continue to dry up, the pound will fall further.

Despite sterling’s troubles, UK stock markets tracked global markets higher amid recovering sentiment and hopes that a weaker pound would help to lift the economy. The FTSE 100 finished 1.47 per cent higher at 6,037.73 points and even the UK-focused FTSE 250 was 0.7 per cent up at 17,701.15.

Currency markets were not prepared for the scale of Tory dissent after Mr Cameron unveiled at the weekend the concessions he had wrung from Brussels. Almost half of the Conservative parliamentary party, around 150 of the 330, including 20 ministers, are expected to campaign for an EU exit, roughly twice as many as the prime minister is said to have expected.

Mr Johnson was the biggest surprise, though. “Boris seems to have caused a run on the pound,” Danny Blanchflower, an economist at Dartmouth College in the US and former Bank of England rate-setter, said on Twitter.