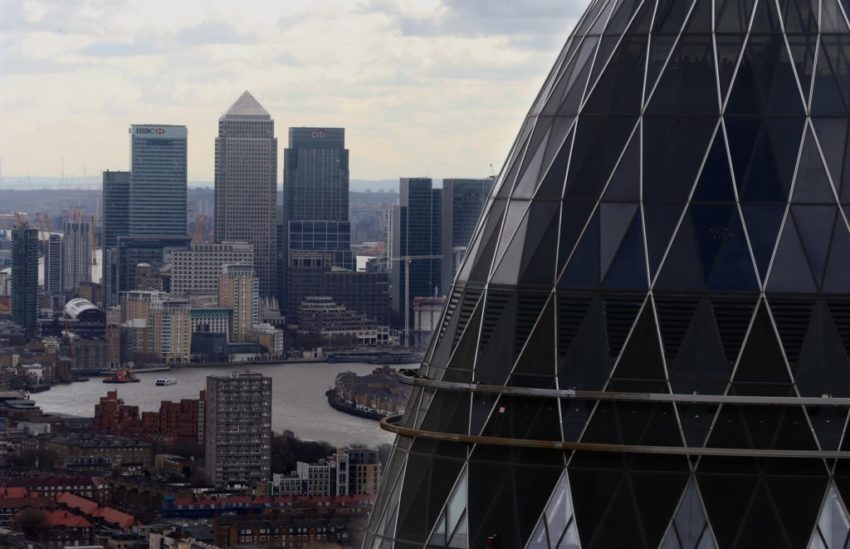 The pound had its strongest gain against the euro in almost five months yesterday as politicians talked up plans to block a no-deal Brexit.

Conservative Remain MPs suggested that they could favour a Jeremy Corbyn premiership over crashing out of the EU after the Labour leader put forward plans for a caretaker government. Their comments soothed investors, who have been rattled in recent weeks by the increase in no-deal rhetoric from members of Boris Johnson’s cabinet.

In a letter to the leaders of opposition parties as well as to the group of Conservatives, Mr Corbyn said that they must put him in No 10 if they wanted to thwart Boris Johnson’s Brexit plans. Tory MPs said that they would meet Mr Corbyn “to discuss the different ways” to stop no-deal on October 31, while Jo Swinson, the Liberal Democrat leader, said that she was “happy and keen” to discuss options with the Labour leader.

While concerns about Brexit have calmed, markets are still anxious about the prospect of a global recession after a slew of disappointing economic announcements from the world’s leading economies. Investors have been piling into sovereign debt, sending the yield on 30-year British gilts — bonds issued by the government — to 0.988 per cent yesterday, below 1 per cent for the first time on record. Ten-year and 20-year gilt yields also hit record lows of 0.414 per cent and 0.85 per cent, respectively. All three rose back above 1 per cent yesterday.

Government bond yields have been falling across the world for several few months, but this week a landmark was reached with both UK and US ten-year yields falling below two-year borrowing costs for the first time since 2008. Such an “inverted yield curve” is regarded as a reliable signal of an approaching recession.

However, US bond yields rallied yesterday as investors moved their money back into shares. The spread between ten-year and two-year US Treasury bonds widened, moving the yield curve further away from inversion.

The trigger for the renewed confidence in stock markets appeared to Thursday’s release of stronger American retail sales data than had been expected. That evening President Trump said that face-to-face trade talks with China would resume next month.