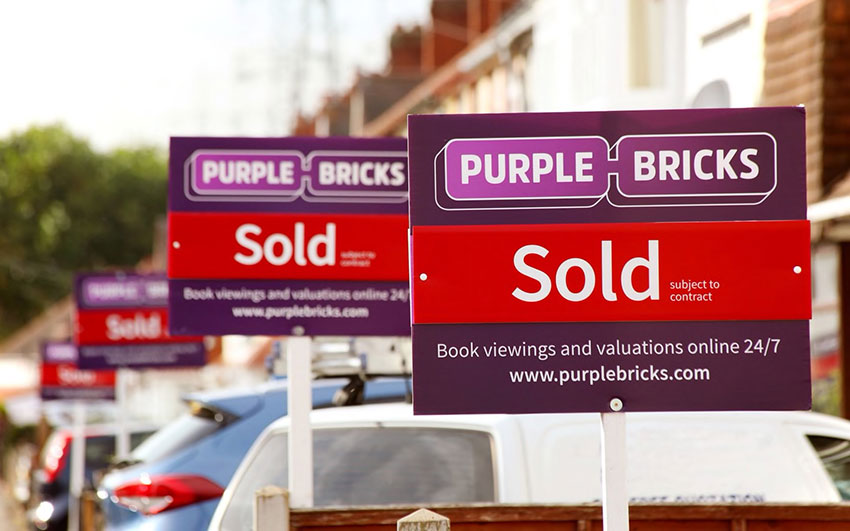 Purplebricks is reportedly planning to beat a retreat from the US in what would be the latest setback for the loss-making online estate agent.

The division, which has amassed losses of more than £35m, has been under review since Aim-listed Purplebricks announced the departure of its founder Michael Bruce and the closure of its Australian business in May.

Sky News reported that the company would announce its withdrawal from the market alongside its annual results on Wednesday that are expected to reveal substantially higher losses.

Purplebricks controls almost three quarters of the UK online estate agency market and its domestic business is theoretically in the black, but it is yet to post an overall profit.

Analysts are expecting it to report an underlying pre-tax loss of £51m for the year to April – almost double the previous year’s £26m deficit.

Mr Bruce started the company with his brother Kenny in 2014 in a bid to change the way homes are sold and launched it on the stock market the following year.

Instead of charging a percentage commission once a home is sold like traditional estate agents, it asks customers to pay a fixed fee up front that is typically far smaller.

Its shares surged after floating but are now down about 80pc from their peak of 499p. They were down another 2pc at 95p in afternoon trade, below its float price of 100p.

Announcing the US business was under review last month, Purplebricks said it would examine “the options for delivering the next phase of growth in a more effective and cost-efficient way including more closely considering the opportunities and risks associated with a materially scaled back US business”.

Director of Benham and Reeves, Marc von Grundherr, commented: “Unfortunately for Purplebricks, today’s figures and the failure of their international escapades will have left them feeling a little blue. That’s if the colour has drained from them completely.

A retreat from the US being announced as well as its previous admission that their Australian project has also flopped will come as a real blow to the validity of their business model and certainly raises questions about their future on a domestic level.

While £52m in losses is eye-watering enough, they’ve actually burnt £90m which is a story all too familiar with the online model and one has to wonder when enough is enough. No wonder Neil Woodford and his investors have been having sleepless nights”

Founder and CEO of GetAgent.co.uk, Colby Short, commented: “Purplebricks has put more gloss on their UK performance than a drunk decorator and no wonder, considering the monumental failures elsewhere around the world. Now that they’ve returned from their international crusades with their tails between their legs, they will no doubt lining the City up for further investment to support their focus on the UK.

However, whilst they’ve grown revenue and claim they are ‘successful’ at selling, you just need to read between the lines to see that this success isn’t all it’s cracked up to be.

Although they are very vocal about their figures up until the sold subject to contract stage, their performance when actually getting a sale over the line remains shrouded in mystery.

There is a good reason for this and at a top-level, they have failed to gain any meaningful ground when it comes to the number of properties listed despite huge marketing spend.”