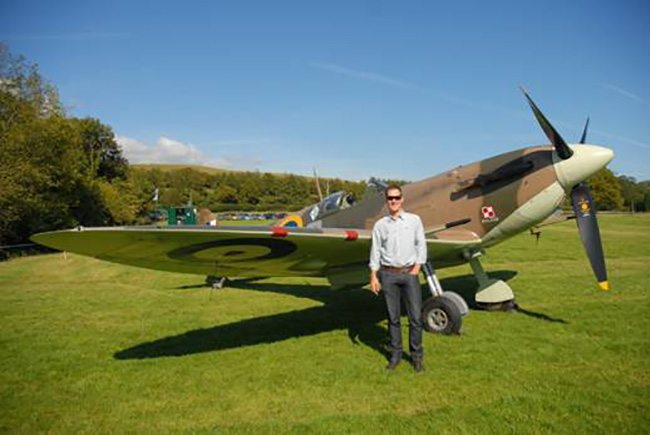 Red Letter Days an official sponsor of the former Dragon, and its co-owner Paphitis’ successful Small Business Sunday project that recognises budding entrepreneurs in the UK. Small companies are invited every Sunday to tweet a business pitch, in just 140 characters, to Theo between 5pm and 7.30pm.

The top six tweets each week that impress the retail magnate are rewarded with a retweet to Theo’s 450,000 followers. Since launching the campaign in 2010, over 2,000 small businesses have won.

Andy Ling, Head of Partnerships at Red Letter Days says: “There are so many amazing UK entrepreneurs working hard every day to make their business succeed. As soon as we became involved in the campaign and saw the innovative ideas people had we just knew we had to do more to help these businesses get recognised. This is when #pitchtoAndy was born.

“I receive over 2,000 proposals a year from companies looking to sell their experiences through Red Letter Days and standing out from the crowd to get your proposal to the top of the pile can prove difficult as we work in such a fast-paced retail environment. However, I’ve made a promise to all Small Business Sunday winners that if they want to pitch to become a partner with Red Letter Days I will get back to them with feedback within three working days.”

The Wellbeing Farm successfully pitched to Andy and his team in January 2015, and now sells its ‘Walking with Llamas’ experience through Red Letter Days. Celia Gaze, Managing Director at The Wellbeing Farm said: “I had to deliver a three-minute pitch to Andy. It was the first time I’d ever pitched to a major company before, so I was delighted that not only was our pitch successful, but in less than two years’ of trading we are now linked to such a prestigious company. It’s hard setting up a business, but setting up a business in a rural area is really tough and our link to Red Letter Days provides a fantastic boost to our profile.”