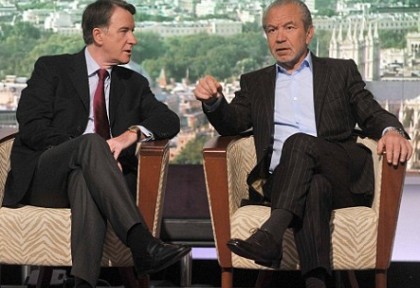 The progress is in stark contrast to reports of a stalemate back last month when Treasury officials were refusing to approve the plans, which
had been first put forward last September and had the Prime Minister’s
personal backing.

Talking last week, Lord Mandelson said he wanted the
Treasury to act. “I would like these [the funds] more quickly approved,”
he said.

He also said Whitehall should not set up new national schemes that “replicated”
ones already operated by the regional agencies, especially where the
agencies had the know-how to make them work.

“I am concerned to see a growth in regional venture capital activity.
Here I believe the regional development agencies could do more,” Lord
Mandelson said.

His comments will cause concern within both the Treasury and his own Business
Department, where some officials believe that the provision of venture
capital across the country should be centrally co-ordinated to avoid
crowding out the private sector.

The Business Department has eight enterprise capital schemes and in July
launched an innovation fund with £150m of public money that aims to grow
into a £1bn fund over the next 10 years.

Lord Mandelson also appeared to pre-empt the findings of a review of the
financing of smaller, high growth companies by Chris Rowlands, a former
director of private equity group 3i.

Alistair Darling, the Chancellor, asked Mr Rowlands in April to assess
long-term solutions to what is now being considered to be a permanent
shortage of venture investment from the private sector.

The agencies’ funding comes from the European Union, under a scheme called the
Joint European Resources for Micro to Medium Enterprises Initiative
(JEREMIE) that provides grants that can then be matched by loans from the
European Investment Bank. David Read, the North West agency’s director of
business finance, said Lord Mandelson’s support had coincided with “a
change in attitude from central government”.

“One North East have had their fund approved. We are having to change our
scheme from a public fund to a private fund and we are now pushing ahead to
hopefully get it approved,” he said.