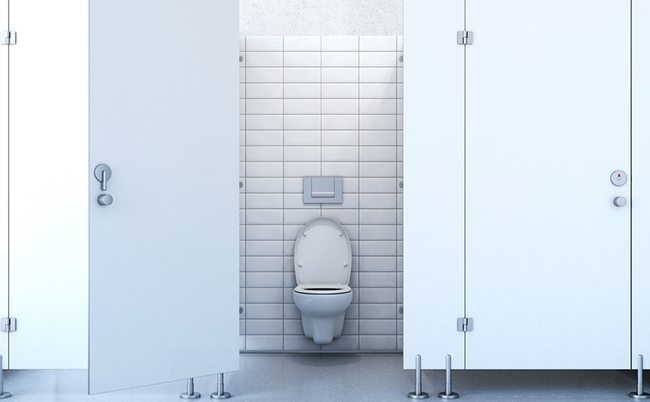 According to the results of a new study conducted just under half of British office workers refuse to defecate whilst at work, with a majority stating they’d be too worried about their colleagues smelling or hearing the act if they did so.

The study has found that the average British worker will not poo whilst in their office, despite 89 per cent of respondents insisting that they will use the toilet to urinate when at their place of employment.

Furthermore, a majority of respondents said that they are envious of their work colleagues who do use the toilet at work in order to take a ‘number 2’.

In a bid to gain an insight into the bathroom habits and etiquette of British workers within the average workplace with respondents initially asked to reveal whether or not they used the toilet at work or not.

Next, respondents who stated that they did not poo at work were asked to reveal the reasons for this. Researchers gave them a list of possible answers and asked them to select all reasons that applied to them.

Of those who don’t poo at work, the majority admitted that they feel envious of their fellow workers who can comfortably defecate whilst in the office without care or worry.

George Charles, spokesperson for VoucherCodesPro.co.uk, who commissioned the research, made the following comments regarding the findings of the survey: “Let’s face it, we spend about 8 hours a day at the office, and it is not right that so many people are so uncomfortable around the subject of taking an ‘extended toilet break’ whilst at work. If our staff felt like this, then I would be worried. A happy and comfortable work force is essential to any company or office.”

Charles continued: “Any managers or high-placed members of staff should try to address any discomfort in the office and make it a happy, comfortable place to work, even in the bathroom!”