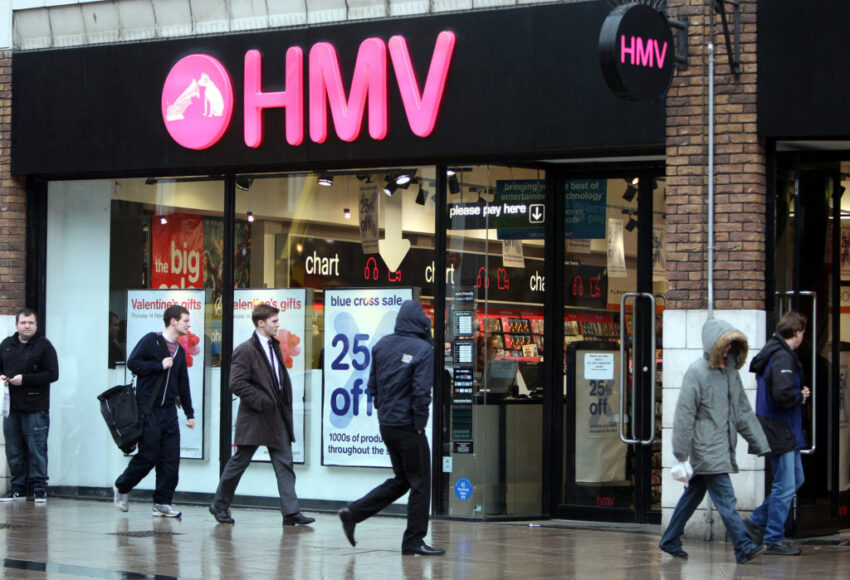 The retail sector endured its worst December since the financial crisis, and this has been borne out in some dire trading updates and the collapse of HMV.

A combination of falling consumer confidence in the face of Brexit uncertainty and soaring costs are hitting the sector hard.

Several firms went bust last year, and 2019 has started with John Lewis saying it is considering axing its bonus, while Debenhams and Marks & Spencer continue to struggle.

But, as ever, the high street was divided into winners and losers.

Unveiling its best set of Christmas trading figures in nearly a decade, the UK’s biggest retailer said promotions on festive staples including vegetables and meat helped to drive sales. The grocery giant posted a 2.2% rise in UK like-for-like sales in the six weeks to January 5, outperforming the wider market in all key categories – food, clothing and general merchandise.

Although the supermarket’s growth in retail sales was slower than the previous year, additional wholesale contracts helped to boost overall like-for-like sales by 3.6%. Sales of the retailer’s “wonky veg” range doubled but premium products were slower to shift.

Snapping at the heels of the big supermarkets, discounters Aldi and Lidl continued to attract new shoppers. Two thirds of British shoppers visited one of the retailers during the seasonal period and Aldi reported its best ever week in the UK as sales rose 10%.

Fashion and home retailer Next may have seen high street store sales slump by 9.2% over Christmas, but this was offset by a 15.2% surge online. However the business anticipates tough times ahead and has cut its annual profit forecast to £723 million, compared to the £727 million previously expected.

Consumers were seemingly unperturbed by allegations of harassment against the fashion brand’s founder Ray Kelvin. Christmas sales increased by 12.2%, with particularly strong digital growth of 18.7%. Mr Kelvin has stepped back from his position as CEO while an external investigation takes place.

The biggest loser was undoubtedly music retailer HMV, which became the first high street casualty after Christmas as it collapsed into administration, endangering thousands of jobs. It is the second time HMV has collapsed in recent years, having filed for administration in 2013, after which it was acquired by its current owner, Hilco. High business rates, weak consumer confidence and the rise of online streaming services all took their toll.

John Lewis’ 83,000 staff would have had the stuffing knocked out of them when they read the company’s festive trading update, as it warned the annual bonus is under threat for the first time since 1953 as it battles challenging trading conditions. The retailer also expects profits to be “substantially lower” this year amid slower sales growth, meaning the bonus could be axed. Over Christmas, the department store chain booked like-for-like sales growth of just 1%, while sister chain Waitrose saw only 0.3%, growth.

Marks & Spencer recorded slides in both clothing and food sales over its Christmas quarter, despite insisting it is seeing “encouraging early signs” of improvement. The retail bellwether said like-for-like clothing and home sales dropped 2.4% over the 13 weeks to December 29 while comparable food sales fell 2.1%. Total clothing and home sales fell by 4.8% as it was knocked by a raft of store closures under its overhaul. It was also stung by unusually warm weather and falling consumer confidence in November.

Sainsbury’s blamed “cautious” consumer spending for falling sales over its festive quarter as its Argos business also suffered after cutting back on heavy discounts. The supermarket giant – which plans to merge with rival Asda in a £12 billion deal – saw like-for-like retail sales, including Argos and excluding fuel, fall 1.1% in the 15 weeks to January 5. While grocery sales rose 0.4% over the quarter, Sainsbury’s said this was offset by a 2.3% drop in general merchandise and a 0.2% decline for clothing.

The under pressure department store chain served up another set of dismal results over Christmas, recording a 3.4% decline in like-for-like in the six weeks to January 5, weighed down by the UK where sales were 3.6% lower due to weaker footfall. The company warned that the UK trading environment is still “volatile”, with savvy consumers actively seeking out discounts. Debenhams is undergoing a major strategic shift, including the shuttering of 50 outlets and the launch of a new store design concept.

Mothercare’s UK sales dropped like a stone in the third quarter – which includes Christmas – as the beleaguered retailer cut back on promotions amid its dramatic transformation plan. In the 13 weeks to January 5, UK like-for-like sales plummeted 11.4%. Mothercare said this reflected a mix of consumer caution and less discounting compared to the previous year which was boosted by aggressive promotional activity. Total group sales, including international, were down 18% in the period.

Footasylum warned over pressure on full-year earnings after it slashed prices amid heavy discounting on the high street. Shares in the chain plunged after it said it now expects full-year underlying earnings to be towards the lower end of forecasts, as profit margins were hit by steep discounting over the festive season. It cautioned that Brexit uncertainty and weakening consumer sentiment were causing “some of the most difficult trading conditions seen in recent years”. The sports retailer is now cutting costs across the business.

The remainder of the high street was a mixed bag, with the likes of Hobbycraft, Majestic and Shoe Zone emerging as winners and Card Factory, Halfords and Fat Face slumping into the losers camp.